Warm welcome to Team Torpedo at the Crooked Billet

We had a visit from Team Torpedo at our local Club Triumph Meet on 3rd September, a group of Americans who have come across the pond to take part in the Club Triumph 10 Countries run. The Guys have purchased 4 cars in the UK to take part in the event.
T1 is a 2000 Estate, looks a little tatty around the edges and has already had to have a repair to the radiator today and sounds like it has a knocking UJ. Hope it makes it around guys!
T2 is also known as Flipper, a 1300 fwd car that as it's new owner Joe Earnest says "drives better than it looks thank God!", although it's a bit tatty it does look reasonably solid. It's had a rather chequered history having been recovered from a scrap yard by one of our local area members (Marty Dolomite) a few years ago and re-commissioned. He has owned it a couple of times since and may even want to buy it back from Joe at the end of the run! There was one little mishap at the meeting, Flipper decided to shed the nut from the crankshaft pulley, luckily eagle eyed James Cooper noticed it lying in the car park and it was bolted back into place.
T3 is a well sorted Dolly Sprint that will be well known to Club Triumph and Dolomite Club members as up until now it has been owned by Jon Jackson (known as Trackerjack on the CT Forum). Now owned by Billy Ray it's going to be shipped back to the US after the run.
T4 is also known as Casper, a very tidy 2000 Saloon which has been prepped ready for the run and looked after for the last few weeks by Roy Boy Lacey. Now owned by Doug Jenson this car is also going to be shipped back to the US after the run. The Guys all looked the part anyway with their rather fetching team Shirts!
As the visit to our meeting was prearranged I had put the word about to try and get as many people along to the meeting as possible to welcome our American Freinds. And indeed the turn out was great, we had approx 18 Triumphs and 36 Triumph Enthusiasts at the meet, Roy and Julia had even travelled from as far away as Telford! At times the car park was totally full with no space for other pub visitors!
Anyway, good luck to Team Torpedo for the run and also good luck to the UK Club Triumphers taking part in the run which takes in 10 European Countries in 4 days over approximately 2,500 miles. Wish I was going. 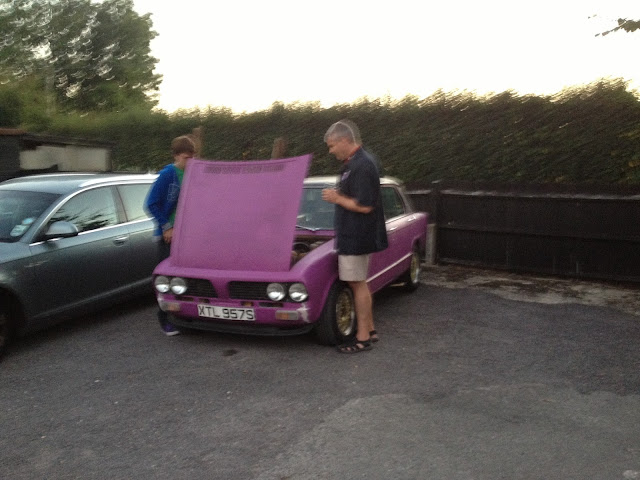 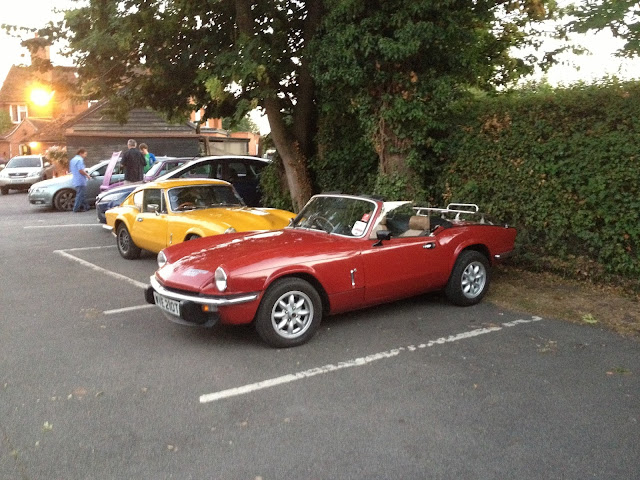 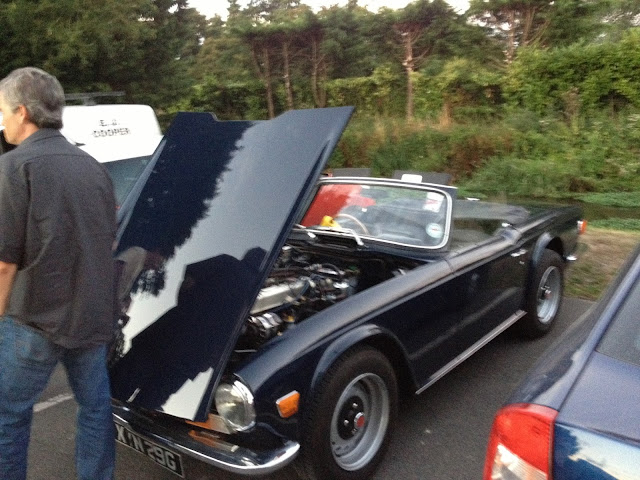