I finally got around to doing one of those little jobs that has been on my to do list for ages this evening.

My GT6 is fitted with the optional occasional rear seat conversion. To be honest it's not a brilliant seat as there is no leg room so it just allows one very small passenger to sit sideways in the back, however it does finish off the interior nicely! I fitted the conversion shortly after buying the car having managed to get hold of a brand new Stanpart kit complete with all fittings and instructions. These are as rare as rocking horse poo!

Anyway that was about 80,000 miles ago and for the last few years the seat has become very rattly. The reason for this is Triumph's rather crude design whereby shoot bolts like you get to hold a loo door closed are used to hold the seat in the upright position. What's more rather than having a block to locate the bolt into like one on a loo door the bolt simply runs up against a flat steel bracket. Over the years the bolts have worn about 1/2 of the way through allowing about 3mm of play which causes an annoying rattle.


The parts for the seat conversion aren't listed or stocked by any of the Triumph specialists, however as they are pretty much the same as a standard loo door shoot bolt I went off to B&Q to find as close a match as possible. I found one that was slightly too long which I was able to cut down and also cut some slots to match the fixings on the original.

I then installed the new bolts. Also to help stop rattles I used a short piece of windscreen washer pipe split over the bracket which provides a cushion and makes it a tight rattle free fit when the seat is held in place. Job done !

A Great Weekend away in Stafford

I've just got back from the TSSC International weekend in Stafford, I always enjoys myself at this event, for me it's more of a social event that a car event, however the car side was pretty good this year.

Due to family commitments I couldn't leave to arrive for the Friday evening part of the event but not wishing to waste away Saturday travelling I left home at about 11:30 pm and drove up in the GT6 through the night (Good practice for the Round Britain Run!). Due to roadwork's closing part of the M6 I had to follow a rather complicated diversion through the streets of Birmingham in the small hours but apart from that I made good time and arrived just after 2am. I quickly pitched my tent and set up my airbed and sleeping bag and then went a joined a few friends at about 2:30am who were still up drinking and partying.

The following morning after a bit of a lie in and a late breakfast it was time for a wander around the show with Darren Sharp. A few unusual cars this year, we decided a GT6 with very big wide wheelarches needed some further investigation and fortunately the owner was around to open up the bonnet. It has a Volvo T4 Turbo Engine fitted, Volvo Gearbox and Sierra rear axle and suspension. Plus all the body work had been hand crafted in steel unlike most cars of this ilk which normally have body mods made out of fibreglass and plod! 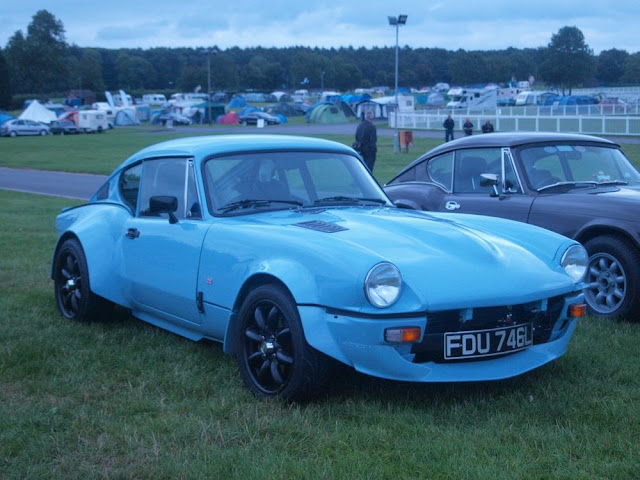 After the show it was off to the excellent Holly Bush Pub restaurant with Darren, Anne-Marie and Glynn for some nice scoff before the evening party. As usual there was quite a bit of fancy dress going on, I'm afraid I was guilty of partaking in this!


After a late night partying another visit to the show the following day. Sunday is concours day so lots of OTT polishers at work. Concours doesn't actually give me much of a thrill but there was one car that particularly impressed me, there was a Triumph Italia with about 7,000 km on the clock. As well as the rarity it was totally as found and unretored, There were a few issues with the paint wehere it had started to crack off in places but it really was an impressive car. There were also quire a few other interesting cars on display that were not concours cars but were just there as they were interesting. 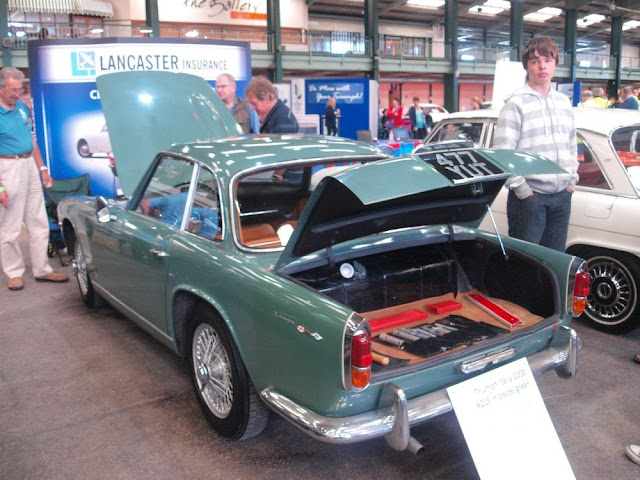 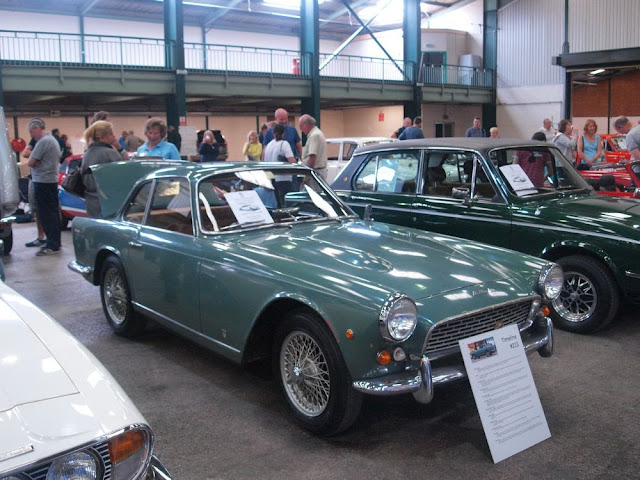 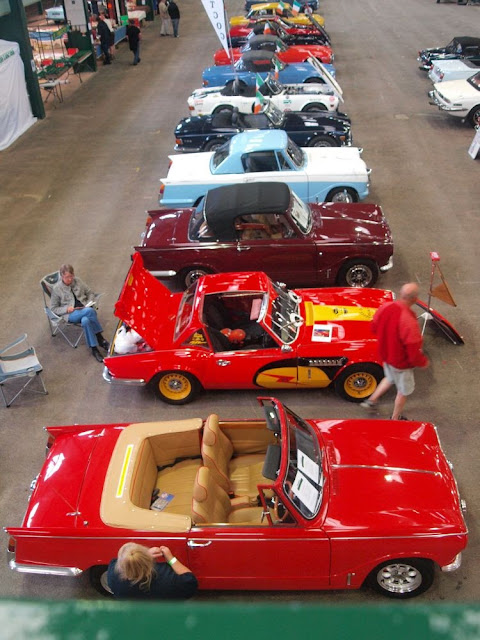 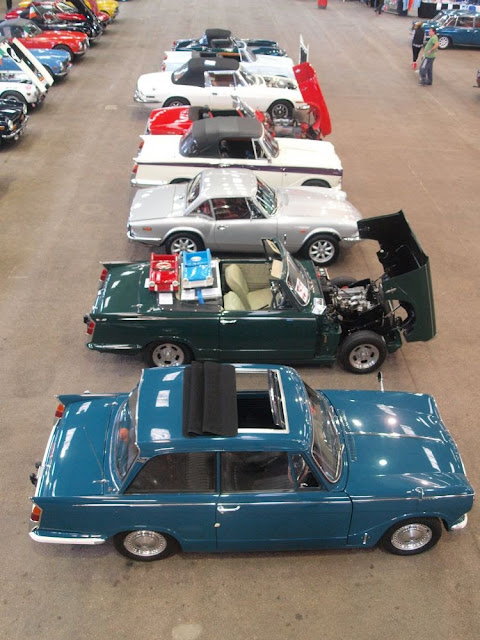 This Zetec Engined spitfire also had a one off space frame chassis in place of the normal Spitfire chassis.
A few nice shiny cars.... 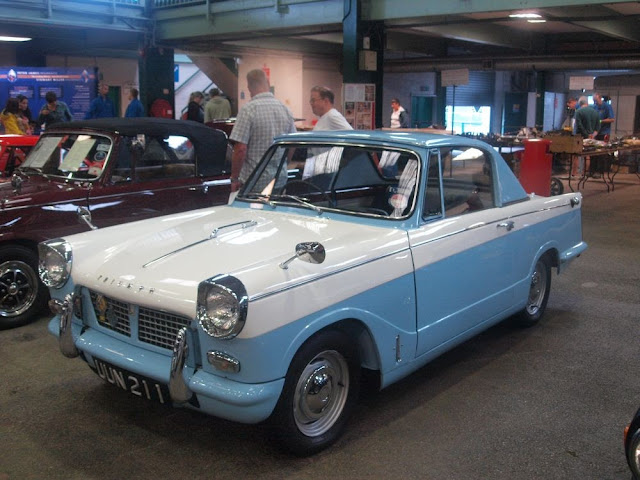 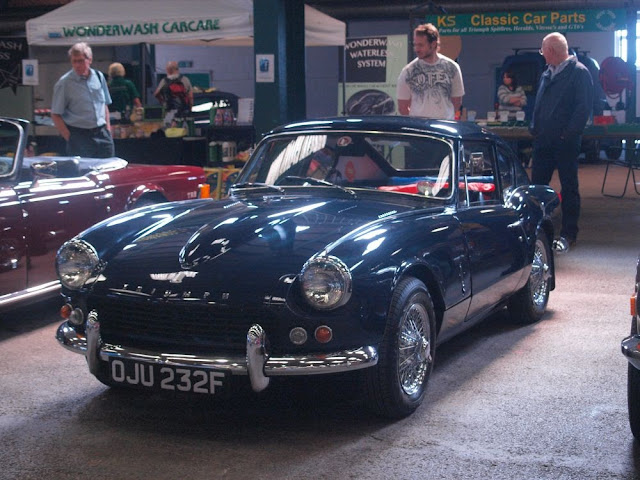 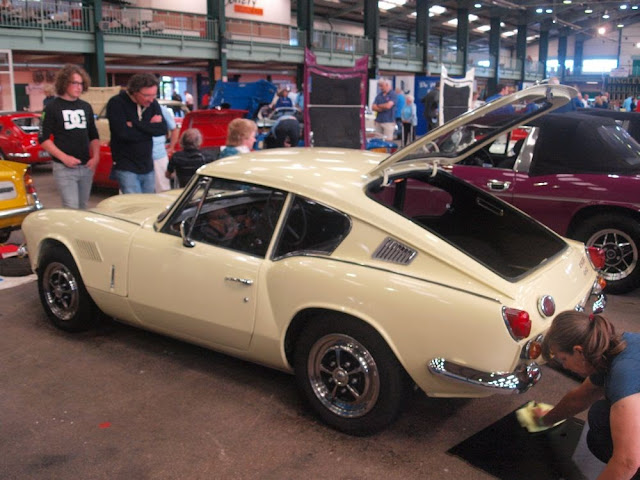 This 2000 has been purchased by Doug Jensen from the US to use in the CT 10 Countries run, he is shipping it off to the US afterwards. Doug is part of a contingent of Americans coming over for the 10CR this year calling themselves "Team Torpedo", there are 12 of them in 4 cars, all purchased in the UK from afar. The white 2000 is affectionately known as Casper and Roy lacey ahs been helping to prep it ready for the event,

After the event I camped over and left on Monday for a leisurely drive back home. The car started playing up before I'd got out of Stafford though. I'd let the fuel get pretty low and this had pulled through some sediment to the rear carb so I ended up taking the float chamber apart on the roadside and cleaning out the float valve. This fixed everything and the car behaved itself for the rest of the journey.

Breakfast meet, this time arrived before the end!

This time I arrived a bit earlier to the Classic Car Breakfast meet at the White Lion Antique near Hartney Wintney. Had a nice breakfast which set me up for the day and enjoyed mooching around the cars for an hour or two. Some pictures below:- 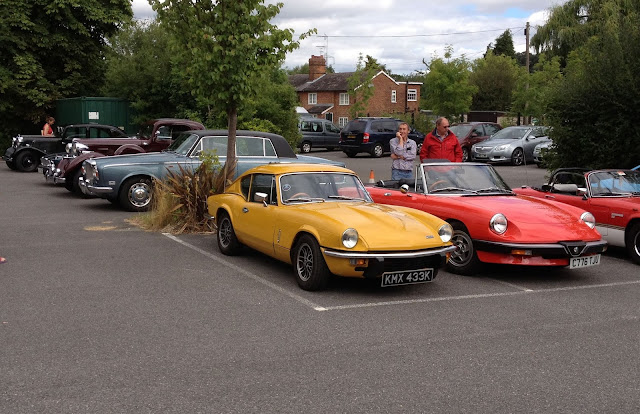 This 1934 Nash was pretty special. Love the period set of golf clubs on the parcel shelf! 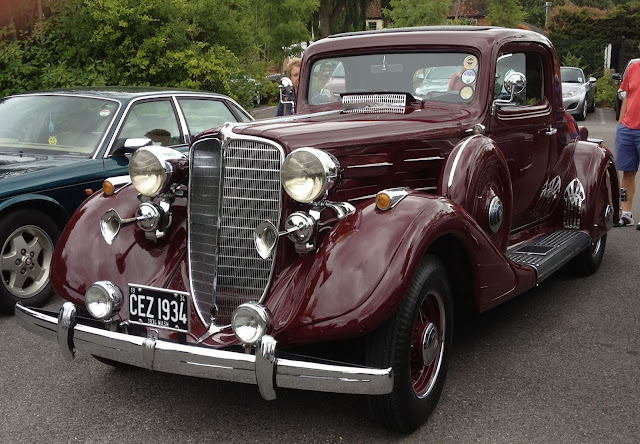 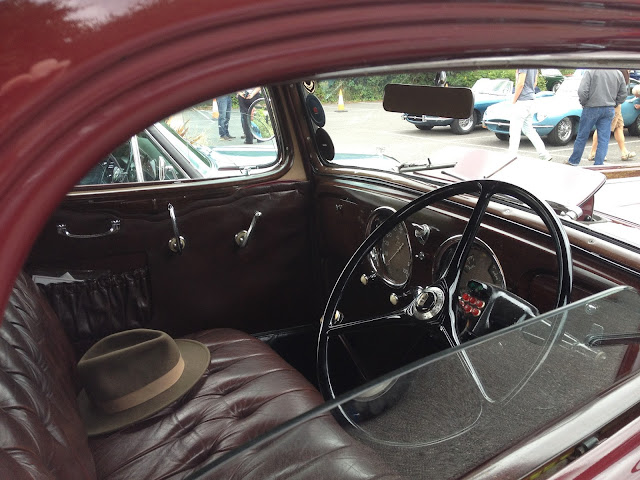 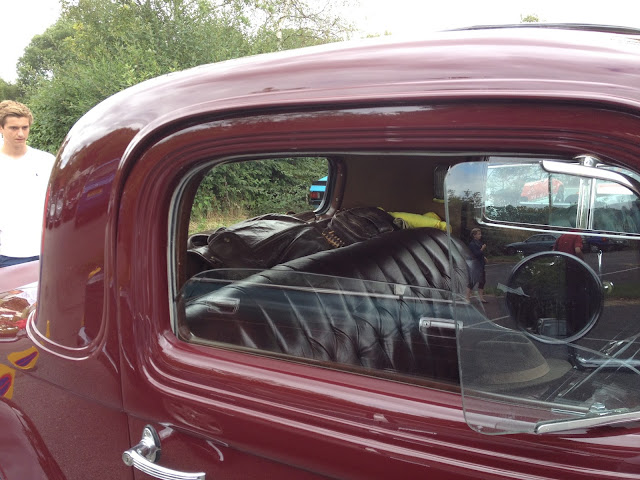 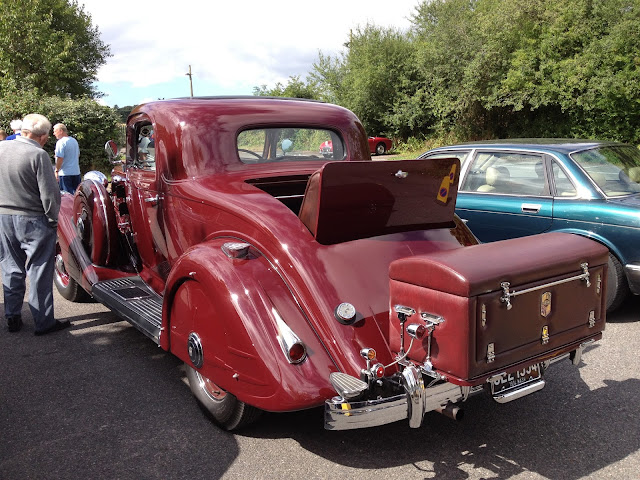 This well sorted Lotus Elan Sprint is owned by Antonio, one of the Engineers I work with.. 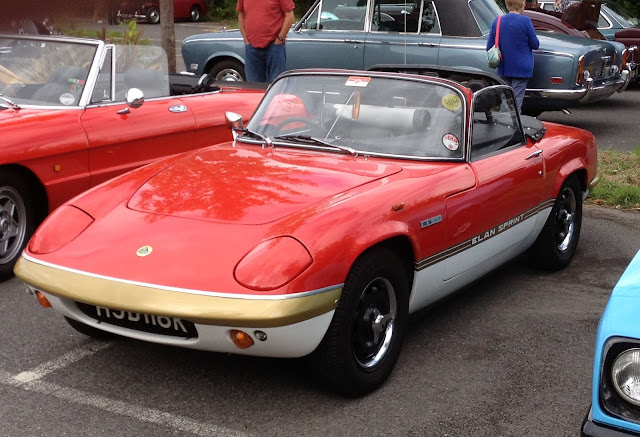 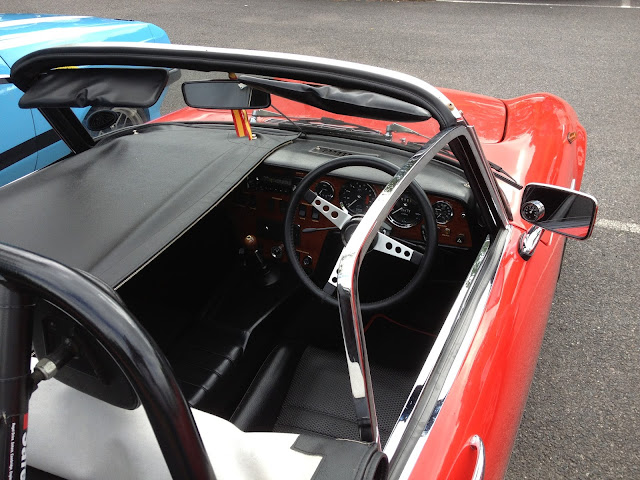 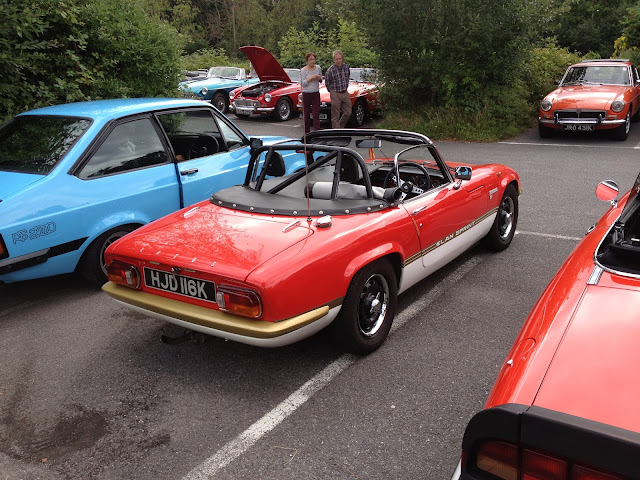 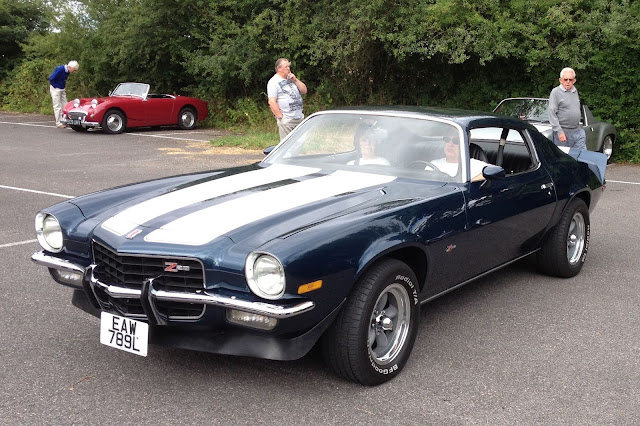 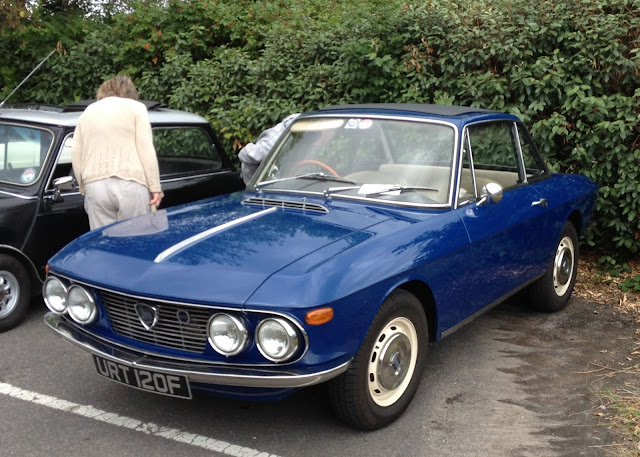 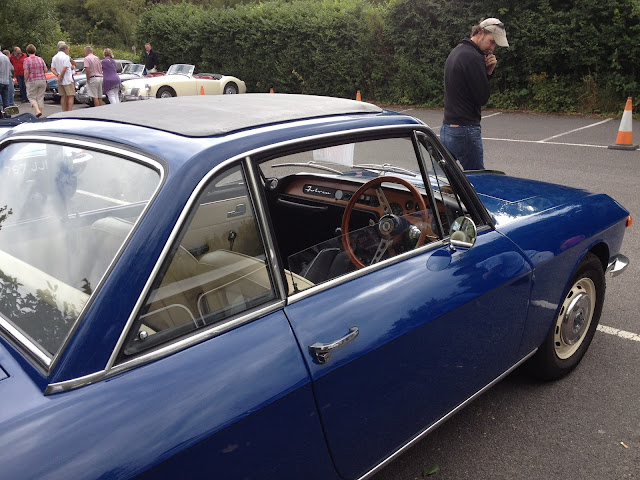 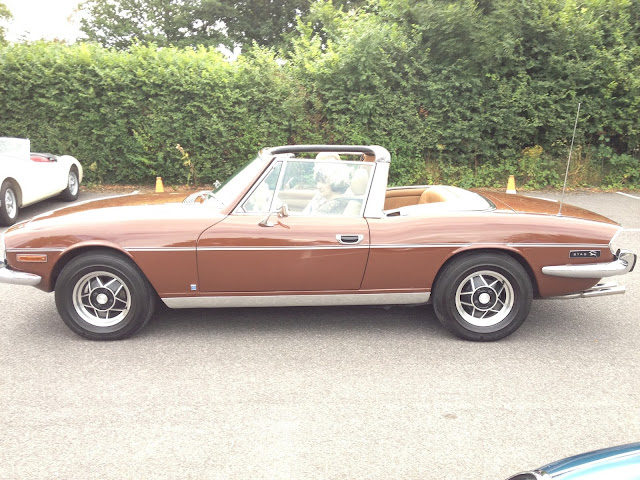 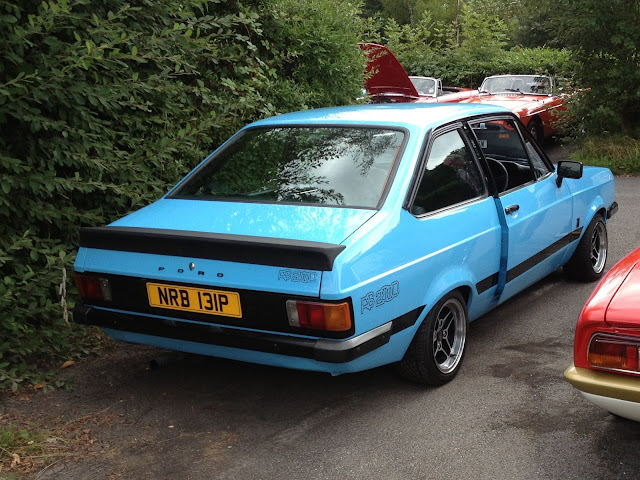 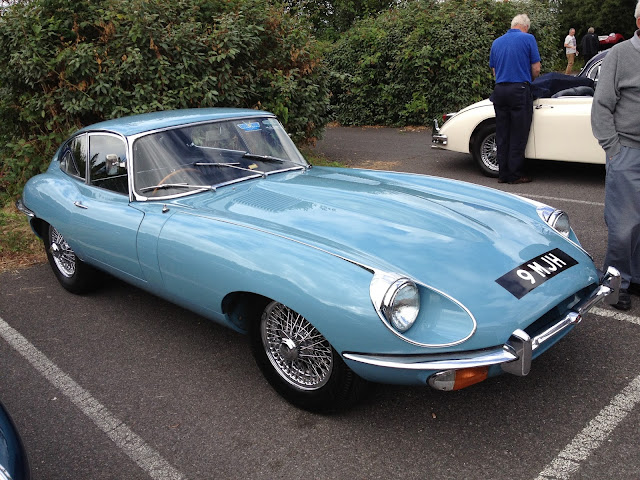 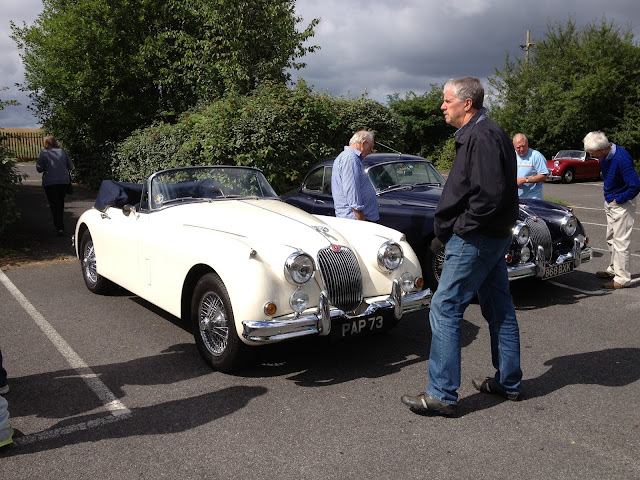 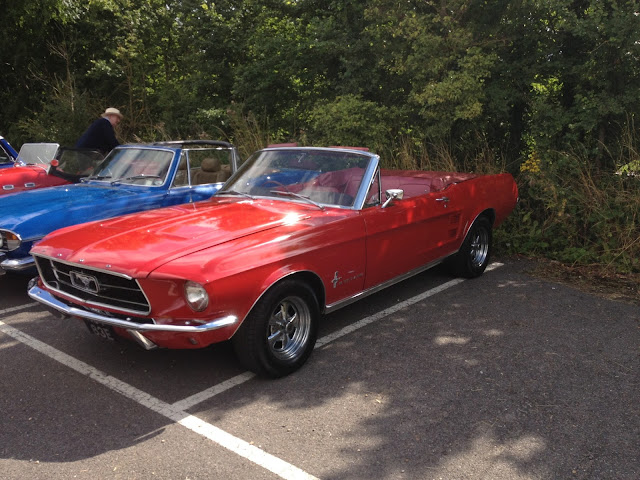 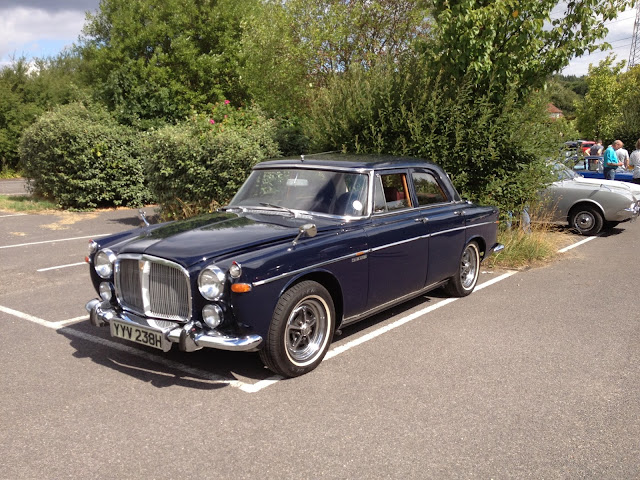