2 years ago I picked up a bargain at Stafford, a pair of brand new Koni front shocks for £65. At long last I’ve got around to fitting them, together with a pair of Triumphtune lowered and uprated springs and poly bushed. Also replaced the top ball joints and trunnion bushes while I was at it, although they didn’t actually need replacing but it’s well over 15 years since I last changed them so thought it would be a good idea.

The nearside lower trunnion was a bit of a bugger, the bolt had seized to the steel sleeve within the bush despite assembling it with copper ease last time around.  Ended up drilling the head off and hacksawing through the bolt.

One side completed, other just needs re-assembly, all ready for the Isle of Wight camping weekend, SEM, our area treasure hunt and Prescott Standard Triumph Marque day next month.

I've just managed to complete my half century, or 5 decades.....


Had a bit of a party with family and freinds on a narrow boat last night which I enjoyed immensely. The surprise birthday cake had a Nappy Cack Yellow GT6 iced on to the top, accompanied by cup cakes decorated with gear knob, speedo and headlamp symbols and also some little choccy cars!

A Fish n Chip Supper and a Keg of Hogsback Brewery T.E.A. ensured all were suitably fed and watered. 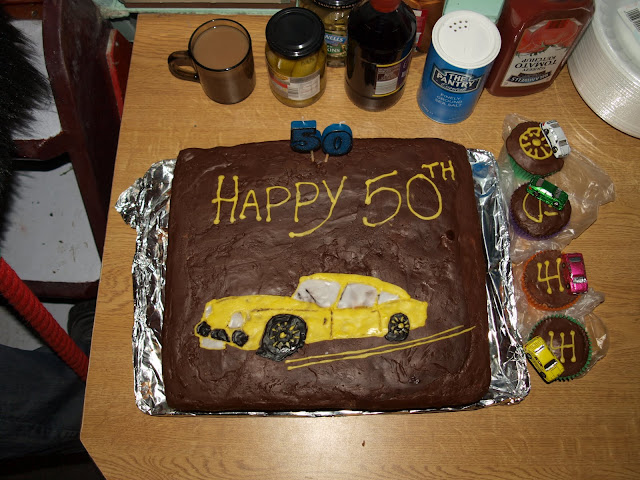 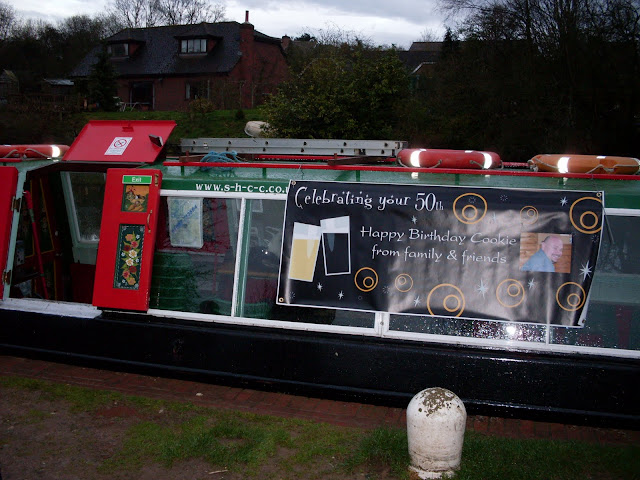 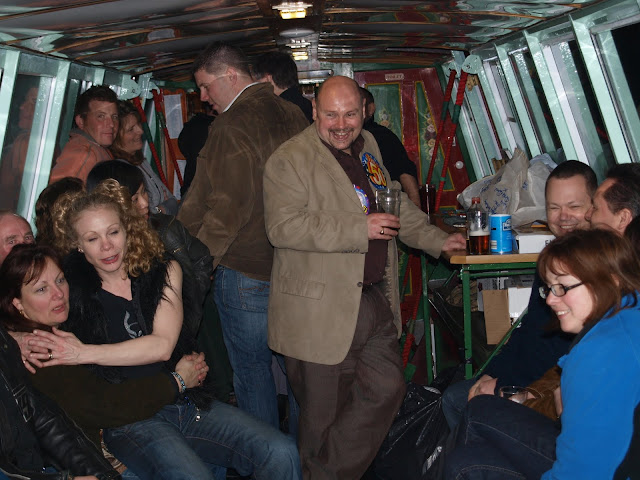