Entry in for the CT Round Britain Reliability Run 2010

My entry is in now for the Club Triumph Round Britain Reliability Run (RBRR) which is taking place first weekend in 2010. This time around I'm co-driving for Mark Bland in his 2500S Saloon rather than using the GT6. Well that's the plan anyway, last time I was down as a Co-Driver for Jason in his Vitesse he broke it on the way over to pick me up for the event and we used my GT6 at the last minute.

Photo below is of  RBRR 2010 team 30, not sure whther we'll be wearing the team shirts for the run though, it get's a bit chilly for Hawaien shirts at John O'Groats in October! 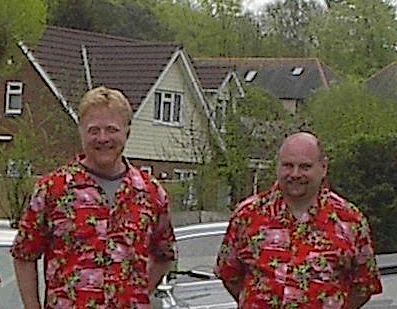 Over the last few week’s my GT6 has been taking longer to start. It’s never actually failed to fire but need a lot of turning over before it would start to run.


Tonight was worse though, it would turn over and almost catch but wouldn’t actually start. Of course it was one of those nights when I really wanted to use it as it was our local TSSC meeting.

As soon as I opened the bonnet though I saw what was wrong straight away. On twin stromberg carburettors only one carb actually has a choke mechanism. There is a little plastic tube that joins the choke on one carb to the inlet of the other which provides a richer mixture on the carb that has no choke. I saw straight away that the tube had come away from the carb with no choke. So One carb would have had choke whilst the other one would have been running weak. Diagnosis in about 30 seconds flat! I can only assume that over the last few weeks the tube was just starting to fall off which was why it had become more difficult to start. 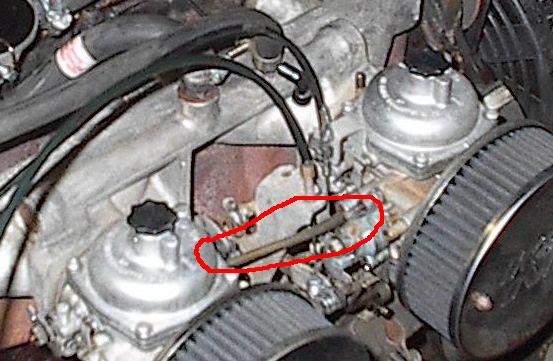 Only problem was the tube had hardened with age and wouldn’t go back on. No problem though, I shortened my washer bottle tube slightly and used the piece of tube that I cut off to replace the tube between the carbs. Job done!!
Posted by Andy Cook at 23:19 No comments: