What a fantastic weekend. Great Weather for camping and getting the tyres nice and sticky for a blat up the hill. Started off with a few beers and a barbeque on the Saturday night. Got up early on Sunday and walked the track. Then come 10 o'clock on Sunday morning the track erupted to the sound of straight 6's V8s and 4 pots screaming up the hill accompanied by plenty of tyre screeching. I had a nice couple of fairly aggressive runs up the hill in the GT6 and took plenty of photos of other Triumphs and the odd unusual car (eg even an Amphicar!) blasting up the hill. I also had a look around the Bugatti trust museum as well which was a nice cool break from the blistering sun.

On the way home I got a call from James Cooper who had left before us warning me the traffic on the M4 was a nightmare. The good thing about that was I managed to change my route and cut across from Cirencester to Reading via Fairford, Lechlade, Wantage along the A417. Pretty empty, picturesque and  good driving road on a nice summers evening and a great drive home with the GT6 doing what is does best, a bit of fast A road touring...... A Nice way to finish off a great weekend.


In car Video of my GT6 going up the Hill

My GT6 on the Campsite 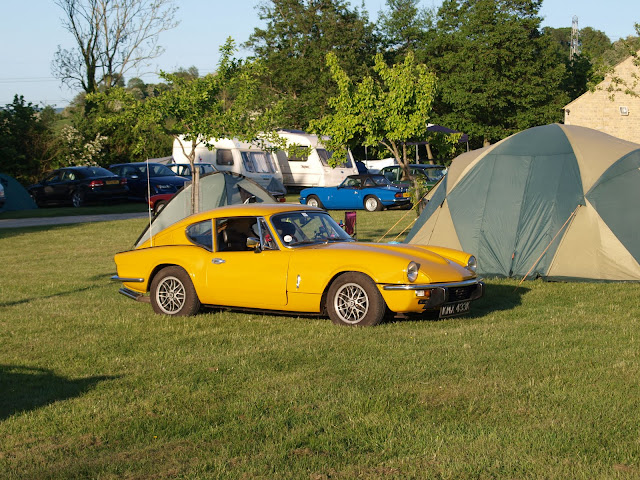 Richard and Stephanie Brake pulling away from the start 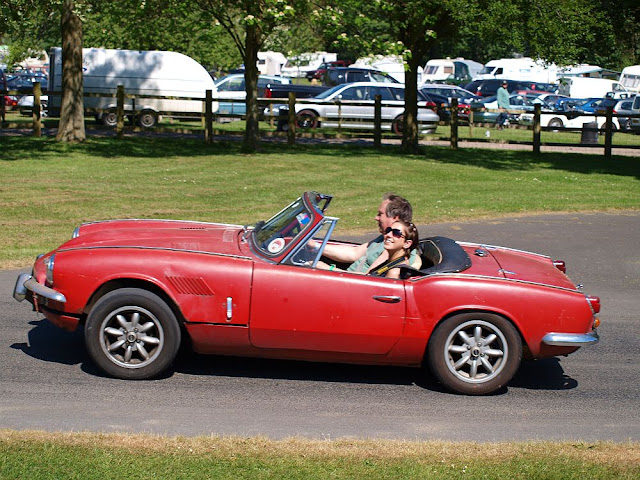 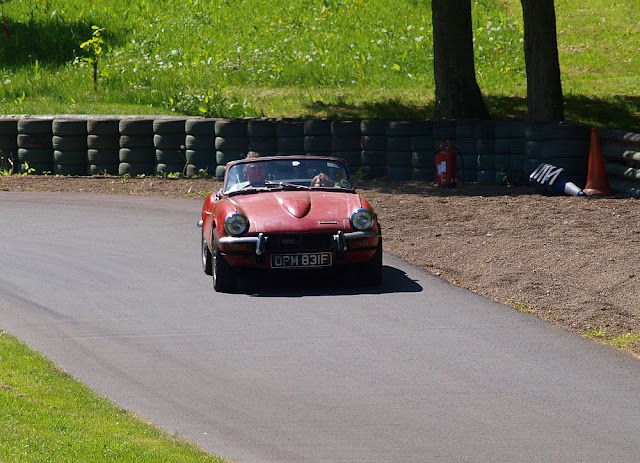 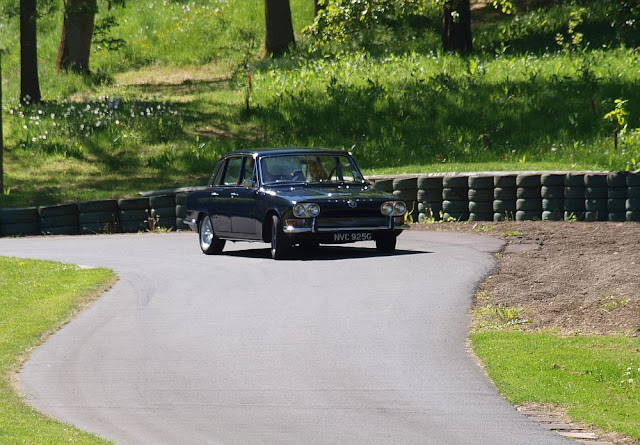 Adam Chignall looks like he's ready to have some fun 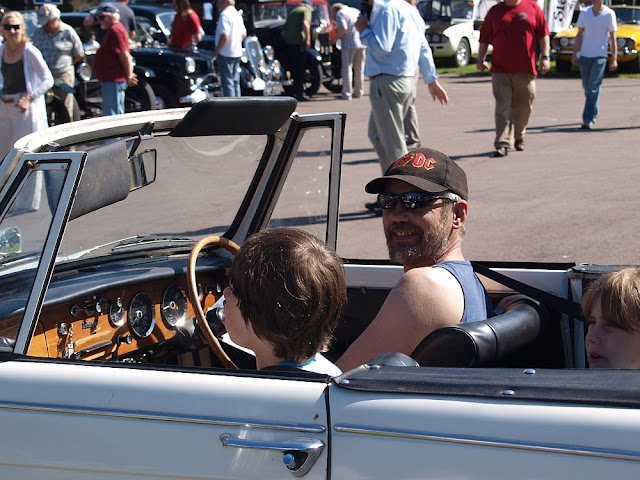 And here he is attacking the hill! 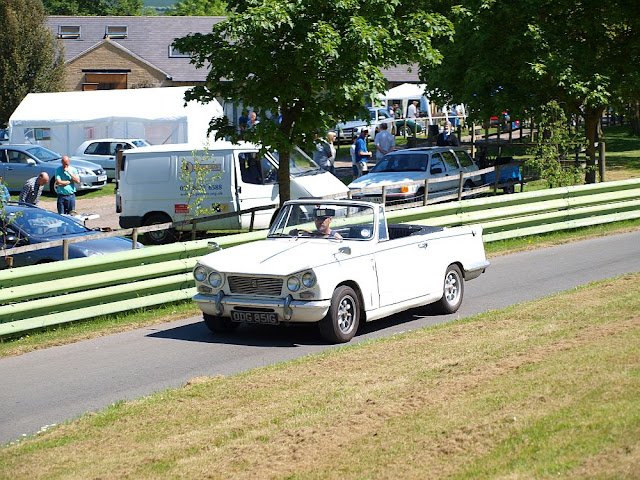 Jessica Brake enjoying herself in the Herald 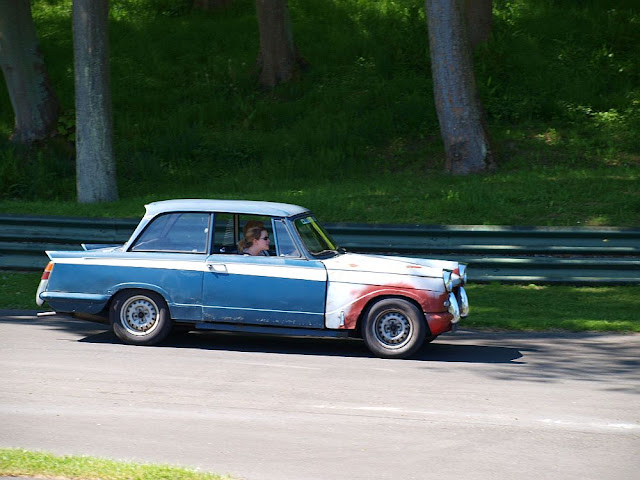 You don't see many of these, an Amphicar 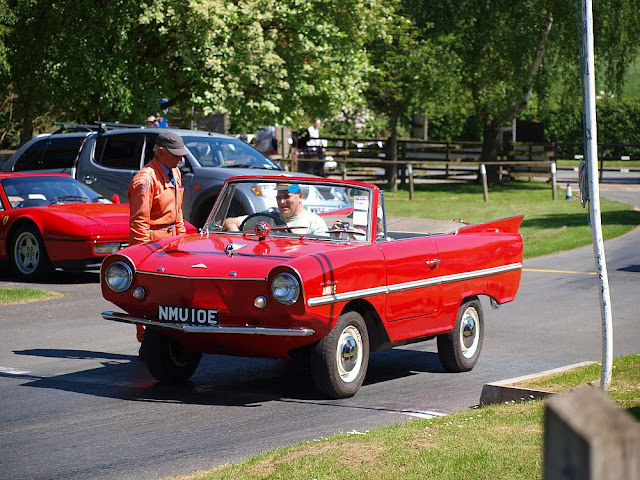 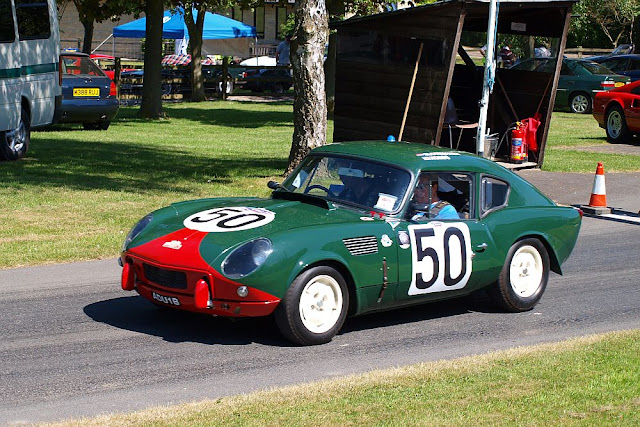 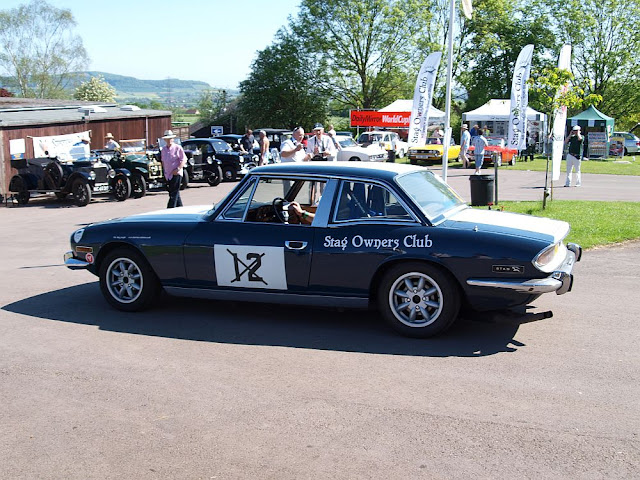 Paul “Bodders” Bodiam orgainised a Treasure Hunt last Sunday for our local TSSC area. It was a shame that only 2 cars and 5 people turned up as Paul had put some real effort into organising a really good Treasure Hunt with Challenging Interesting Questions and nice countryside.
I took my 7 year old Daughter Alice with me as Navigator/helper and she thoroughly enjoyed herself. We managed to answer all the questions and got them all correct except Paul docked us ½ point as we only got the month and year rather then the full date for a question on when the Basingstoke Canal was re-opened. Bodders is obviously a stickler for detail! Needless to say we came first, but then if we’d come last we still would have been in 2nd place!
The Crooked Billet start of the Treasure Hunt 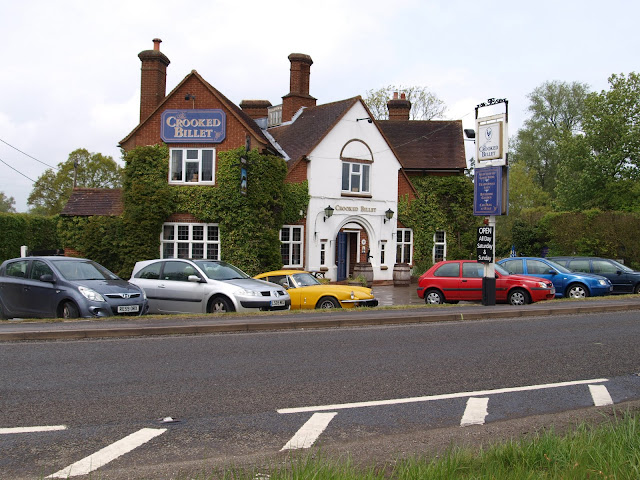 Carl in His Dolomite Sprint (the other car!) leaves the Crooked Billet. 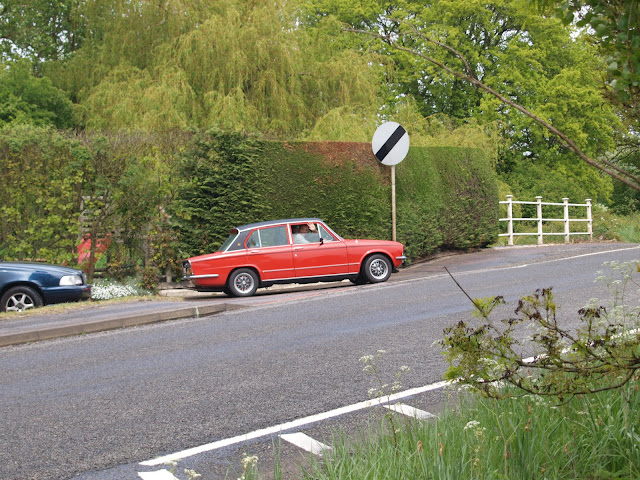 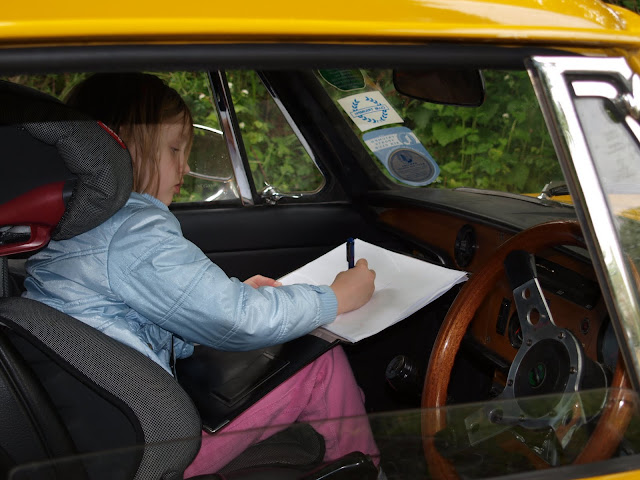 One of the Questions was about the Wellington Statue. Only 2 miles from home but I'd never been there before! 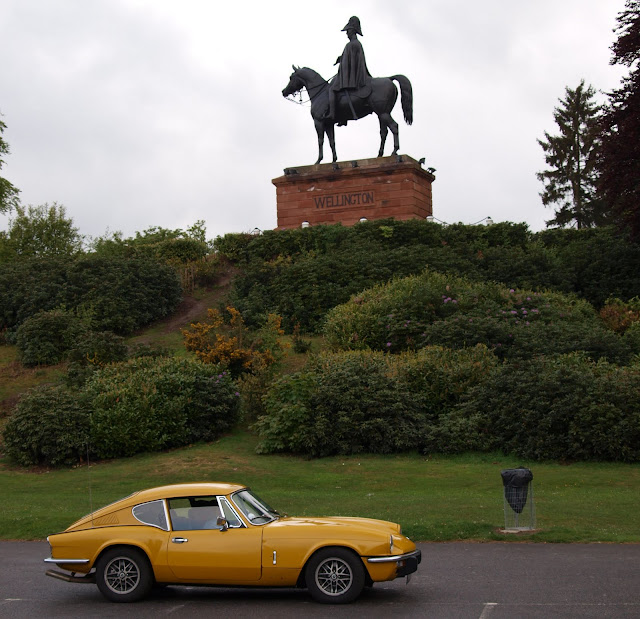 I've now completed my clutch change, ready for a couple of runs up the hill climb course at Prescott in 10 days time. 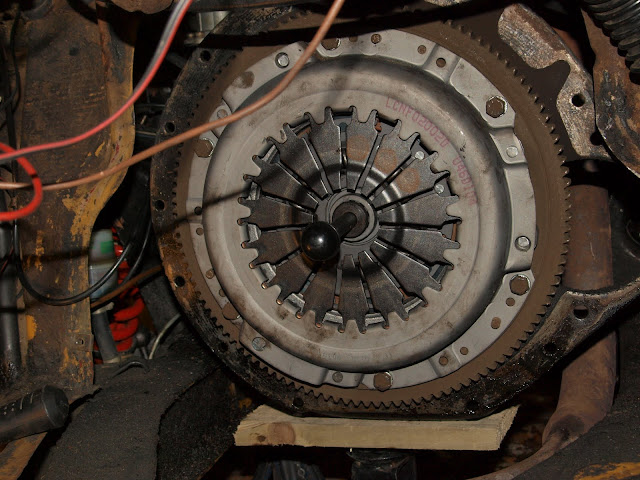 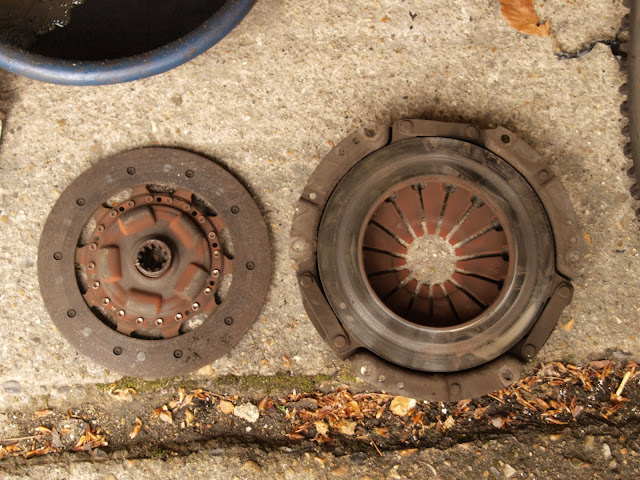 There was still a little bit of friction material above the rivets on the flywheel side so luckily there was no damage there. The new clutch is much lighter in operation than the old one and is biting much lower on the pedal travel, another sign that the old one was past it's sell by date! While the gearbox was out I took the opportunity to clean out the overdrive filter and the overdrive engagement is now much quicker with a clean filter and a change of gearbox oil.

One little tip for all you overdrive Triumph owners out there. The fixings for the overdrive gearbox mount are really difficult to do up or undo without the aid of an assistant unless you've got 4ft long arms like a Gorilla as you can't reach the bolt head inside the car and the nut under the car at the same time. I've got around this on my car by putting a nut between the overdrive mounting and the mounting platform, this only raises the gearbox by about 1/4 inch so causes no problems and it locks the bolt in place inside the car so you only have to worry about doing up or undoing the nuts under the car. 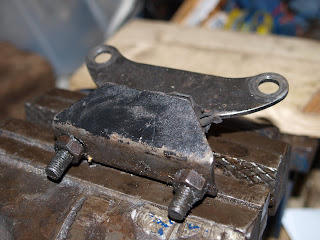 To finish off here's a couple of pictures from SEM at Leatherhead last weekend, I managed to get along to this but not in the Triumph as it was still in pieces! 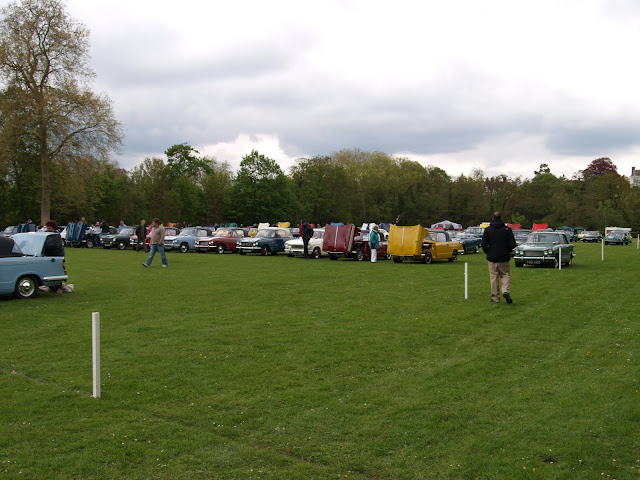 Turbocharged Sprint Engined Spitfire, this used to be seen regularly at Triumph shows  a few years ago and was back out again being used in anger. 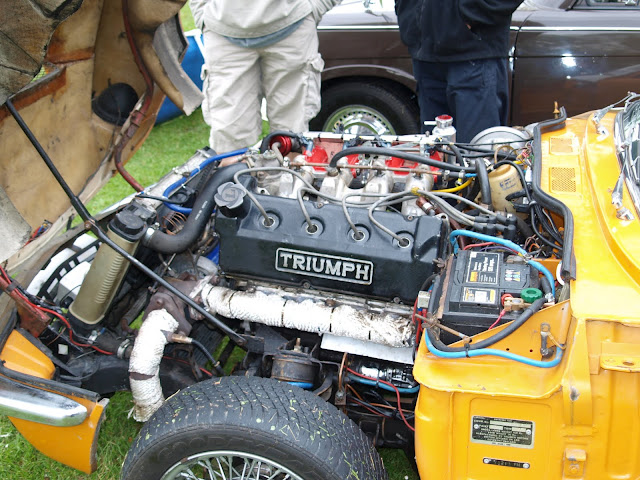 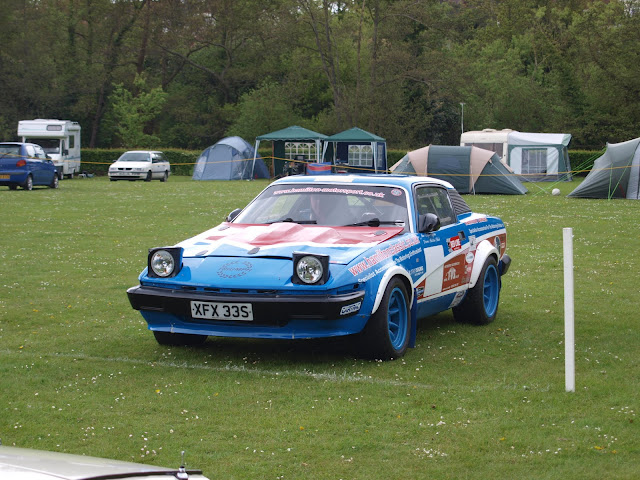 Over on the Isle of Wight

Just returned from a great weekend again at the annual Isle of Wight Triumph Camping Weekend at Appuldurcombe camping and caravan park. As usual Graham and Angela organised a brilliant event, with runs out to Amazon World Zoo, Calborne Water Mill and lunch at the Wight Mouse Pub. Evening Entertainment on the Saturday included the excellent Darek Sandy (Reggae) and a Magician. On the Sunday our area did well again in the quiz, coming 2nd (although we had won it the previous 2 years).

Only one little problem for me, the clutch on the GT6 started slipping intermittently on the drive down to the Island and then on the various runs. So it looks  like I need to do a clutch change sometime in the next couple of weeks as I'll need a decent clutch for the Triumph Marque Day at Prescott. I fitted the last clutch back in 1988 and it's done a good 75,000 miles so has lasted pretty well. It was a genuine Borg & Beck one though so I'll certainly be looking to see if I can find another genuine one to install as the extra cost more than outweighs the hassle of changing out a cheap one that may not last anywhere near as long. 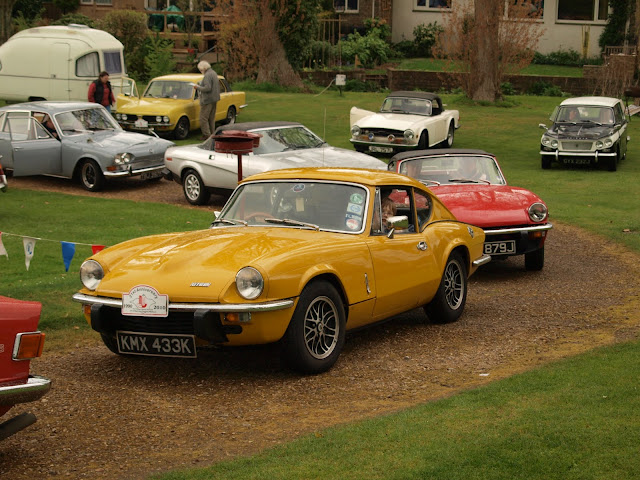 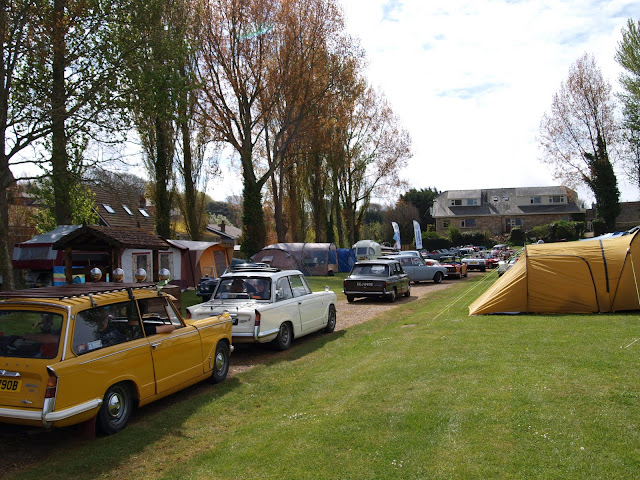 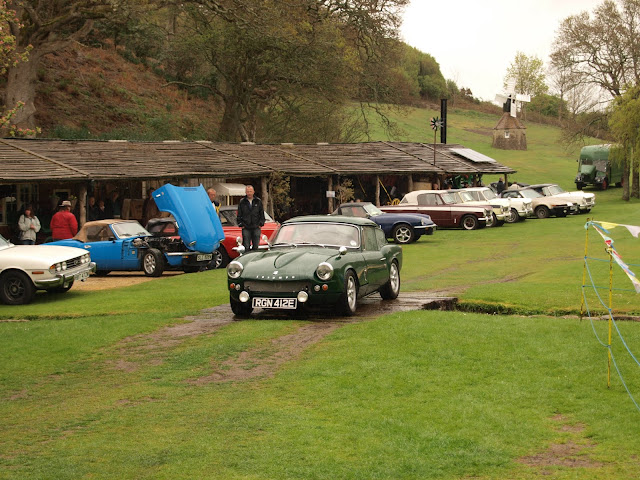