Just arrived home after a good weekend away at TriumFest, Donnington Circuit. I had the kids for the weekend so had to use the "Flying Log", a pity as it would have been nice to be able to use the GT6 for the laps around the Heritage Loop Circuit and on the Autosolo.

As I had to wait for the kids to finish school on the Friday before leaving and as last years journey on the Friday was horrendous I opted to stay in a nearby Premier Inn on the Friday night at Asby de la Zouch. Obviously not alone in my thinking as when we arrived there was Dave Aspinal's 2.5pi parked in the car park. Had a nice meal with the kids on Friday night and a nice big breakfast early on Saturday before the short drive up to Donnington. James' idea of a breakfast was a fry up and 7 blueberry muffins!, well I suppose he is a growing teenager.

Once arriving at Donnington we quickly put the tents up for the weekend and headed for the Festival. Lost Alice for most of the weekend though as she was off with her freinds Olivia and Grace.

James and I wandered around the show and I had a few laps of the Heritage Loop in the Flying Log and also a go at the autosolo. I was breifly the second fastesst Triuph in the auto sol, not bad for an underpowered Dolly 1500. Not sure where we ended up but we were 3rd fastest Triumph when we left the autoslo.

Had a few more wanders around the show, lots of nice GT6s. 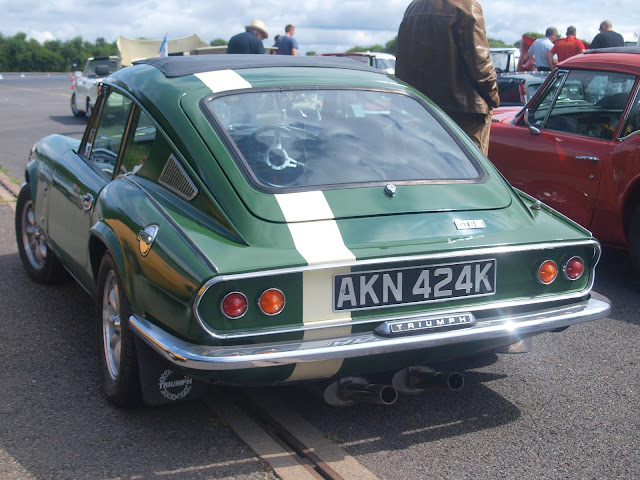 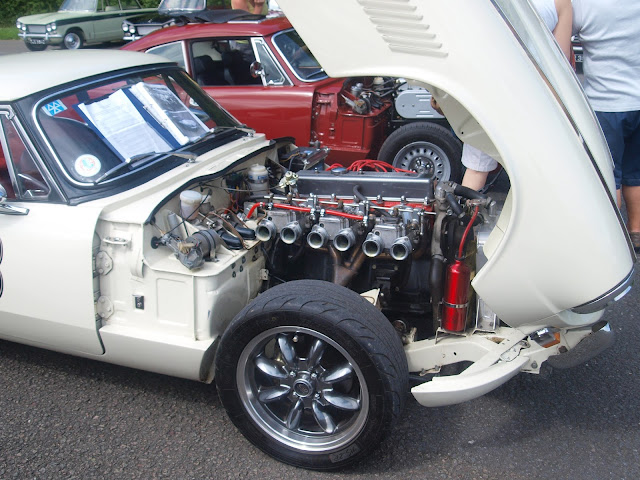 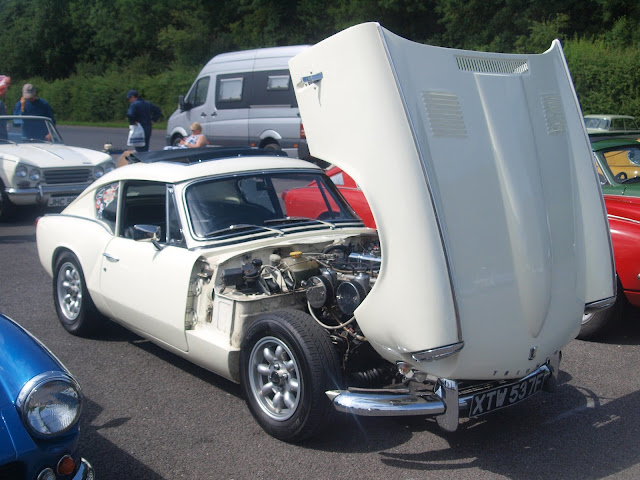 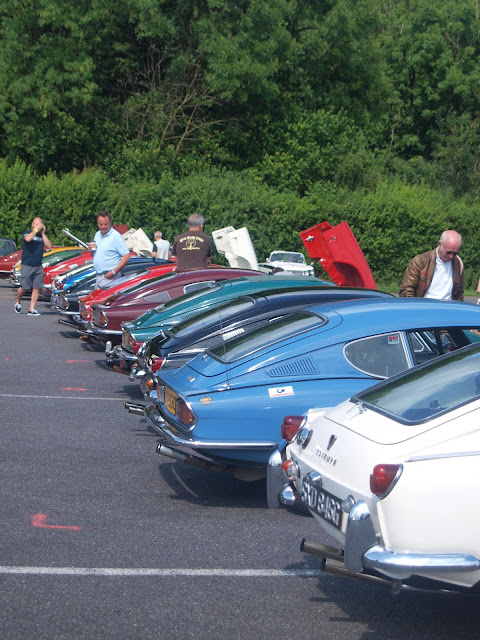 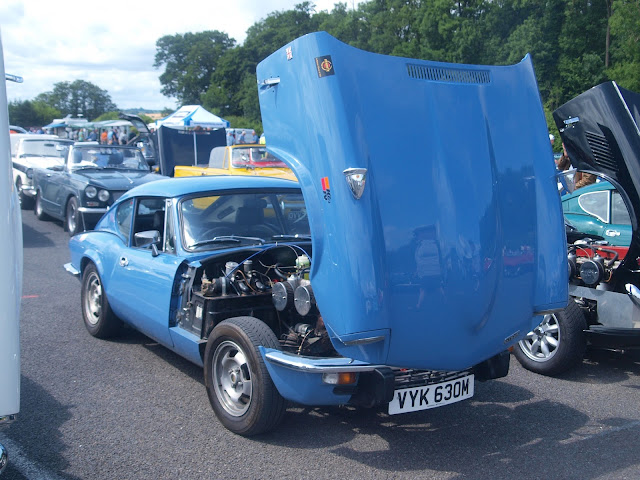 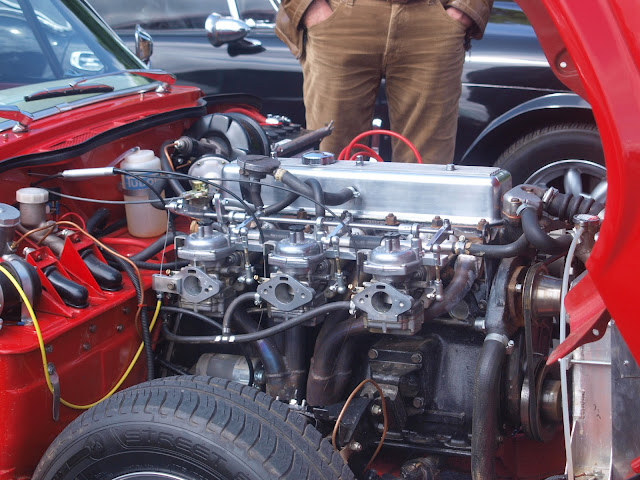 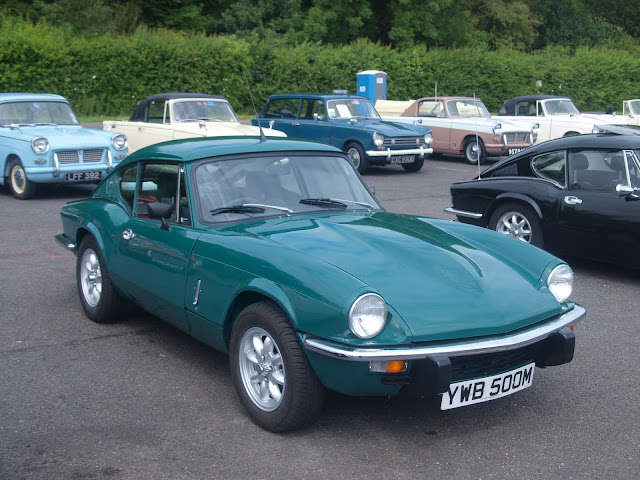 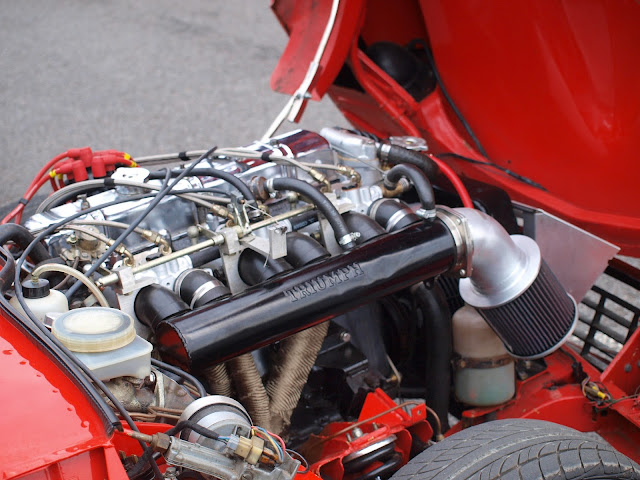 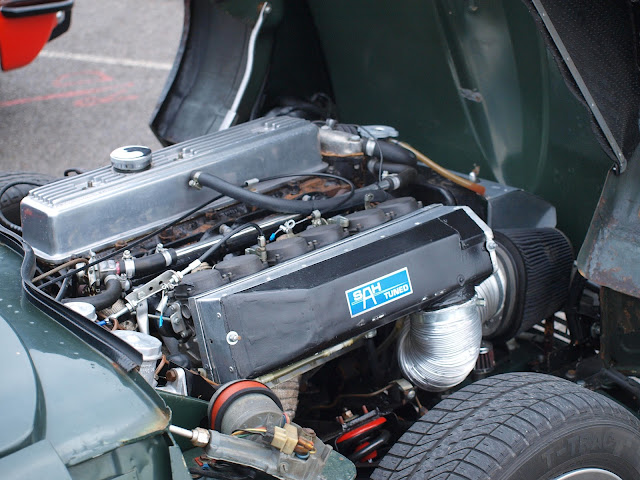 A few more cars at the show. 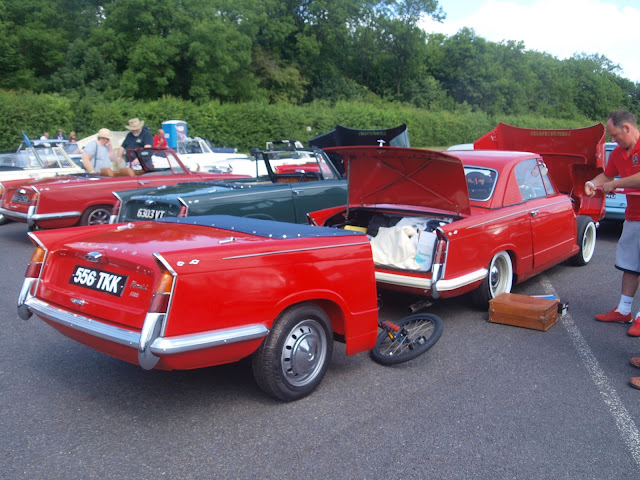 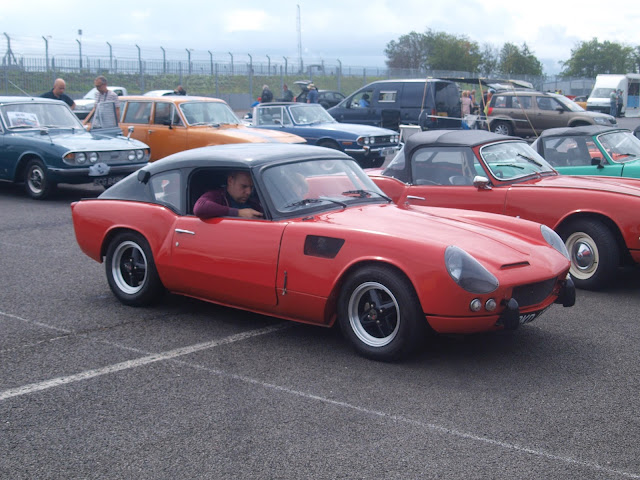 Then after the show it was tome for a Barbeque around the tents and a few tinnies, followed by a wander over the the beer and cider festival on the campsite and then up to the pary night with a live band. Alice certainly had a good boogie. 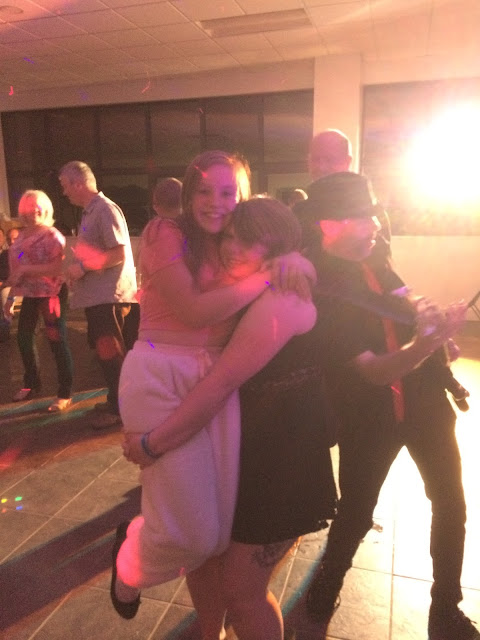 It was a bit of a wet night but we were snug and dry in the tents, Then next day it was a wander around the show for a couple of hours before leaving around lunchtime to make sure I didn't get back too late as the kids have school in the morning. An enjoyable weekend.
Posted by Andy Cook at 20:59 No comments: