As per my last Blog, I had an issue with some corrosion on the inner rear wheelarches of the GT6 that had been an advisory on the last 4 MOTs. One of them had got a bit worse this time around so it was time to get them repaired. Cousins hubby John runs a car repair and servicing business (Fleet Mobile Auto Services) and he does welding so I commissioned him to do the work.

Also as mentioned last month when I took the wheel arch carpets and sound deadening out of the car I found a more serious issue on both rear arches, some stress cracks. These were actually worse than first sighted when I stripped the rear seat and rear deck boards out. It seems that Triumph's daft idea of mounting the top of the rear shocks on the wheelarches had stressed the panels and caused lots of cracks. I had moved the shock mounts onto the after market chassis mount brackets a few years ago but looks like the damage was already done and hidden under the trim inside the car and underseal within the wheelarches.

So what looked like 2 or 3 hours work ended up taking a few days and costing a bot more. Still it had to be done. John made a nice job of plating and welding the damage and some corrosion.

I had a bit of play in my Mounting steering wheel where the spokes were moving inside the outer wooden rim. Just in case this would be an MOT issue I swapped the steering wheel off the Dolomite onto the GT6 for the MOT!

Anyway, off to Moonface Service Centre where i get my classic MOTs done. Car passed first time with no advisories. However when I got home after the MOT and put the handbrake on to park the car on the drive the handbrake lever failed, with no locking ratchet and it went all wobbly ! Just as well this didn't happen during the MOT.

So a couple of jobs needed doing.

I fixed the Mountney wheel by removing the leather spoke shrouds, and wedging the gap the two spokes that were loose with a short woodscrew and cut down rawlplug into the wooden rim. Worked a treat. Steering wheels were then swapped back between the Dolomite and GT6.

Then I investigated the handbrake. I found that the circlip on the fulcrum pivot pin had disappeared and the pin had dropped out. This had allowed the pawl mechanism to come out of place and the operating rod to disengage so no wonder it wouldn't work. The fulcrum pin was still there luckily as these are no longer available but the circlip and washer were long gone. Unfortunately I couldn't find any spare circlips at home so a quick order placed at Canley's. All now fixed although it was a bit fiddly.


As it was my birthday this week I persuaded the kids that they should let me go to the local classic car breakfast meet with them in the Flying Log on Sunday. Cost me a breakfast for each of them and worst still a shopping trip to Basingstoke for Alice on Sunday afternoon as a bribe!

Anyway here are a few pictures.


A couple of Cobtras and lots of American Iron as usual 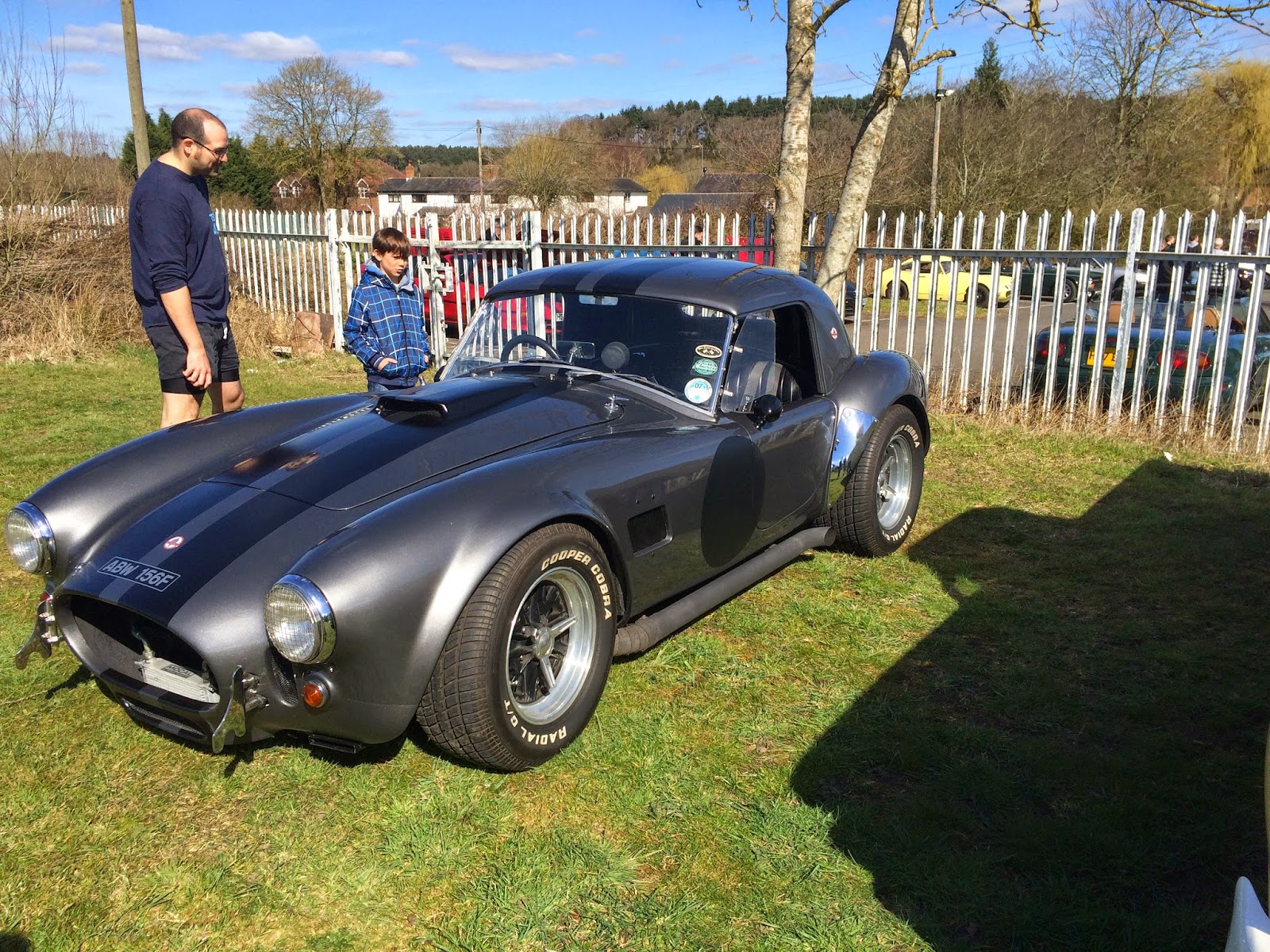 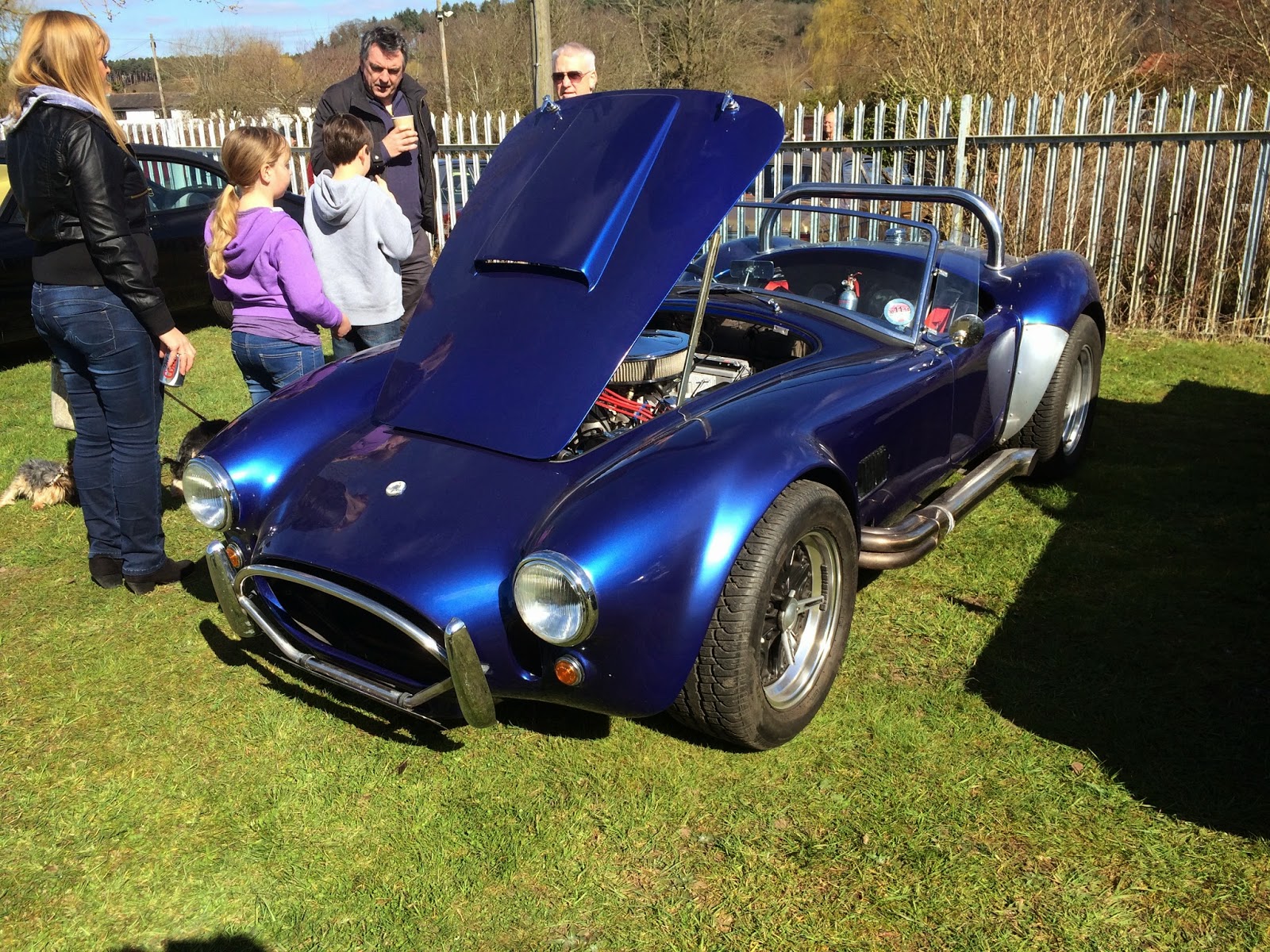 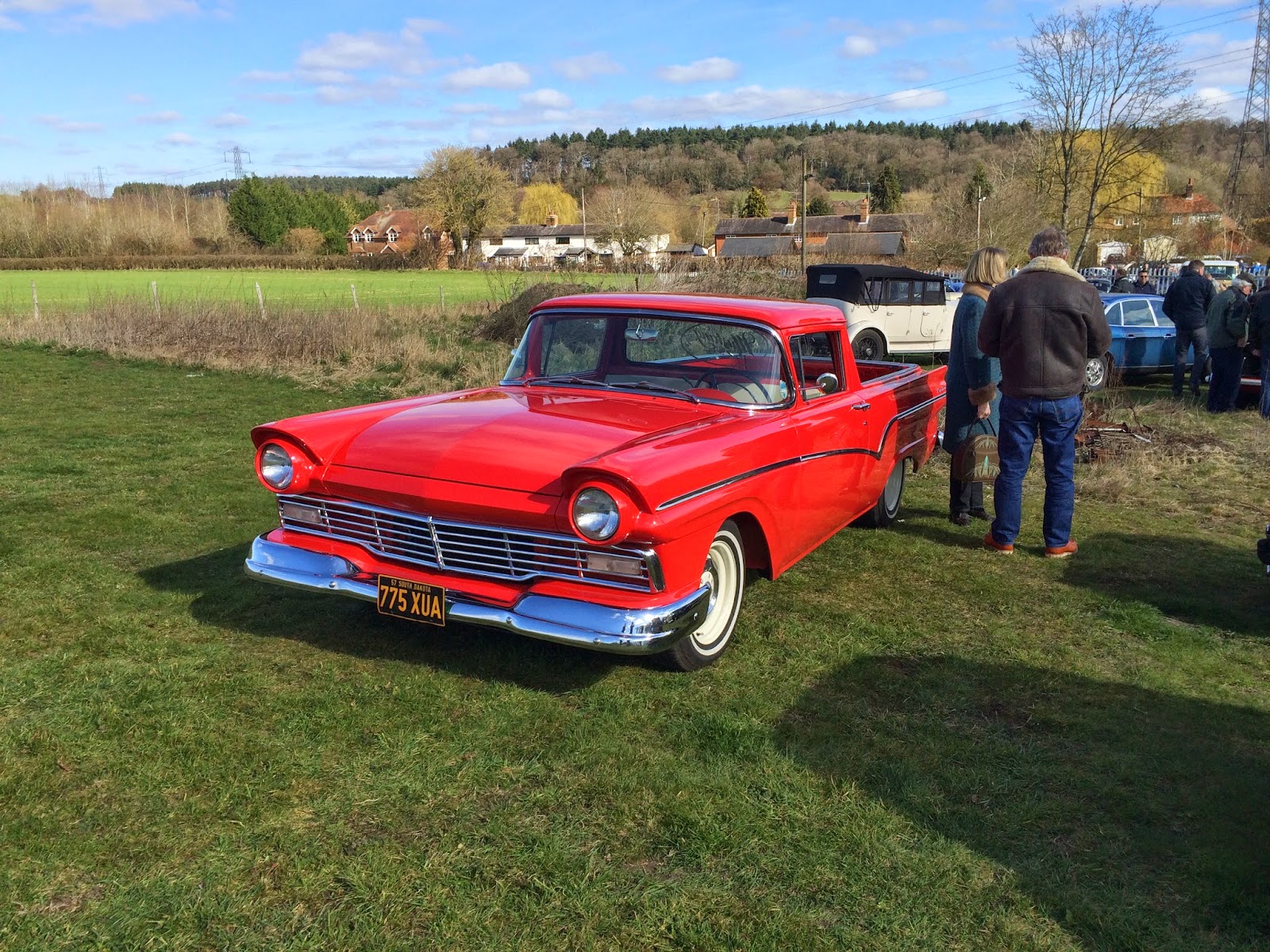 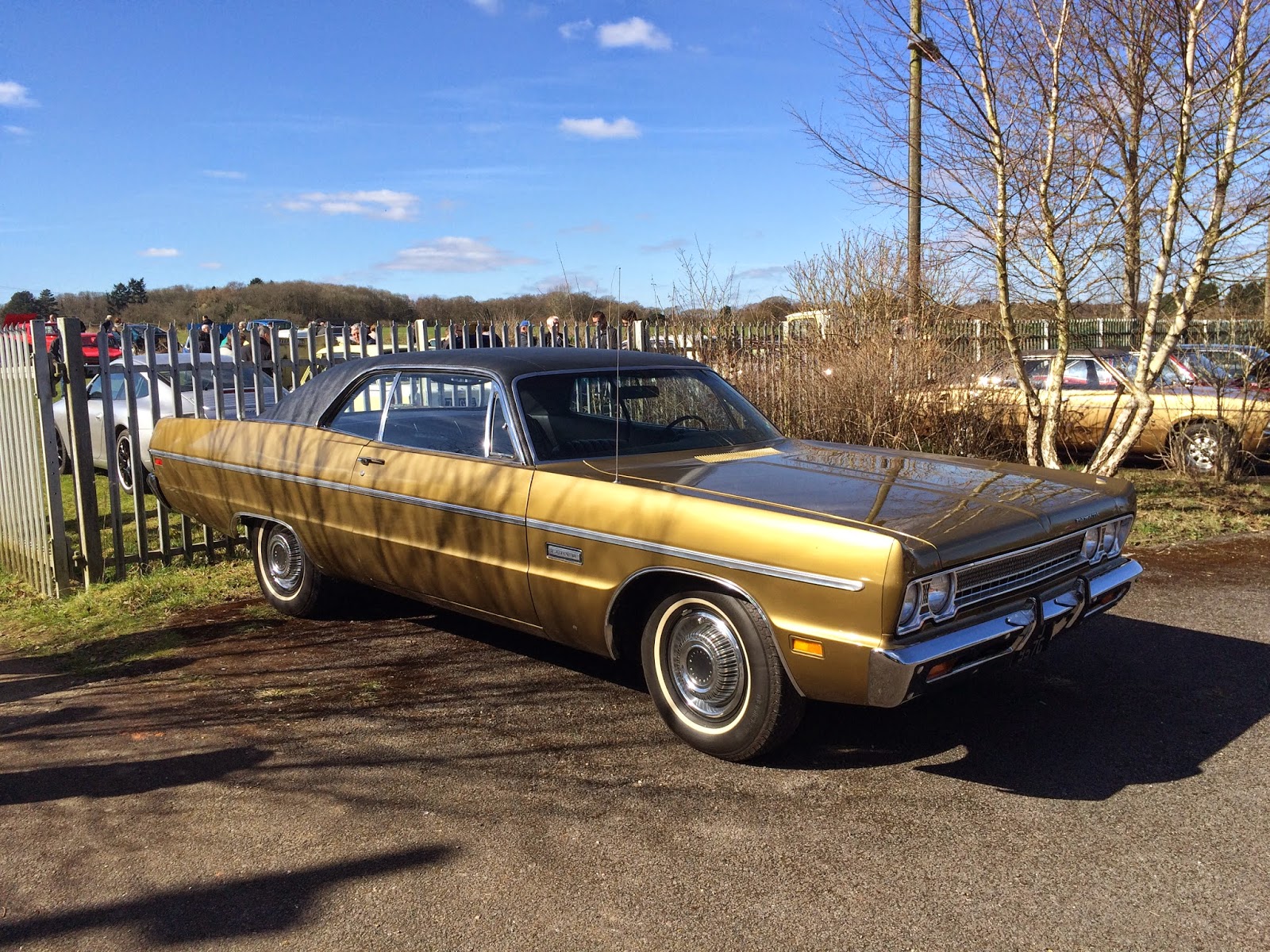 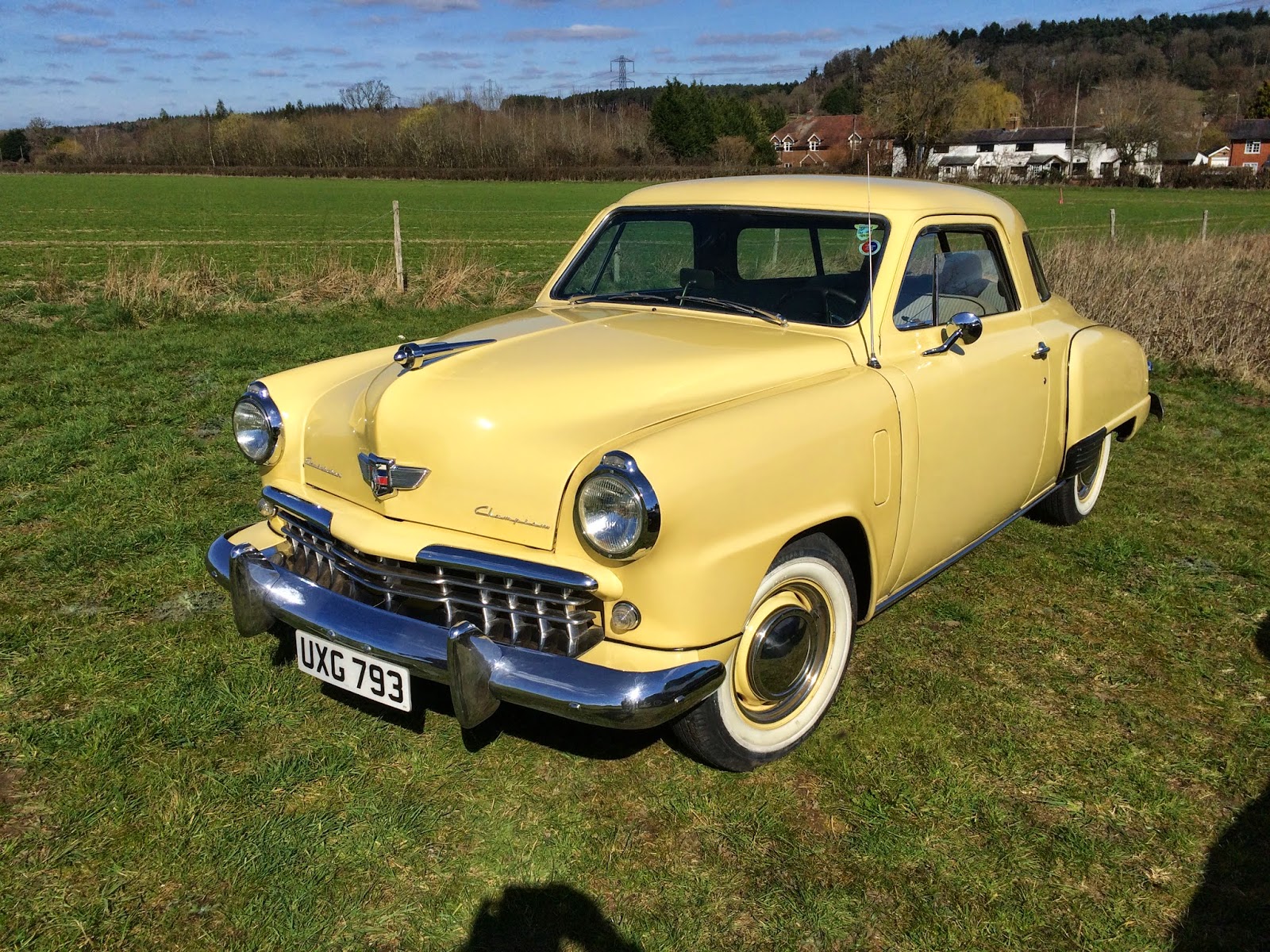 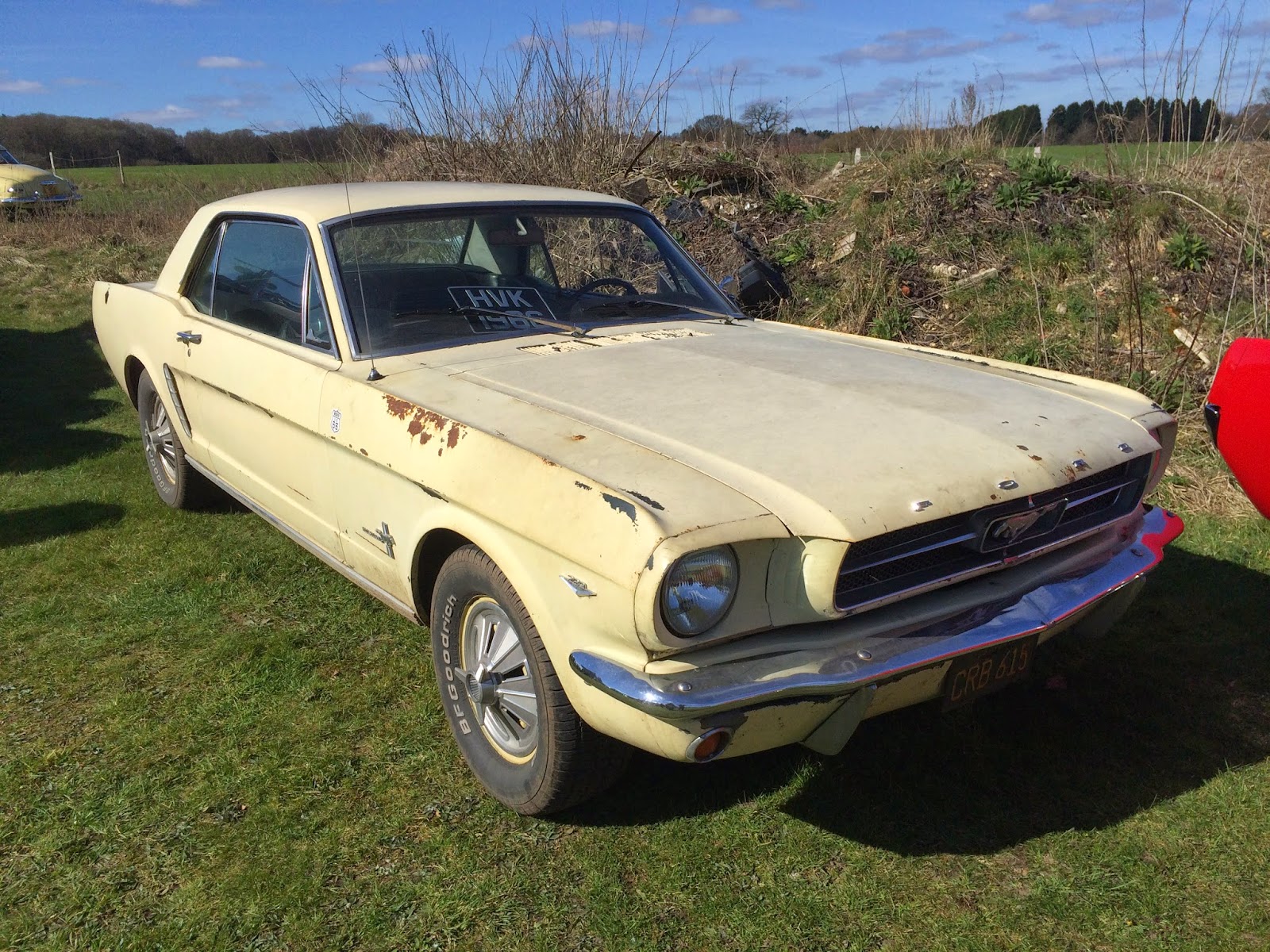 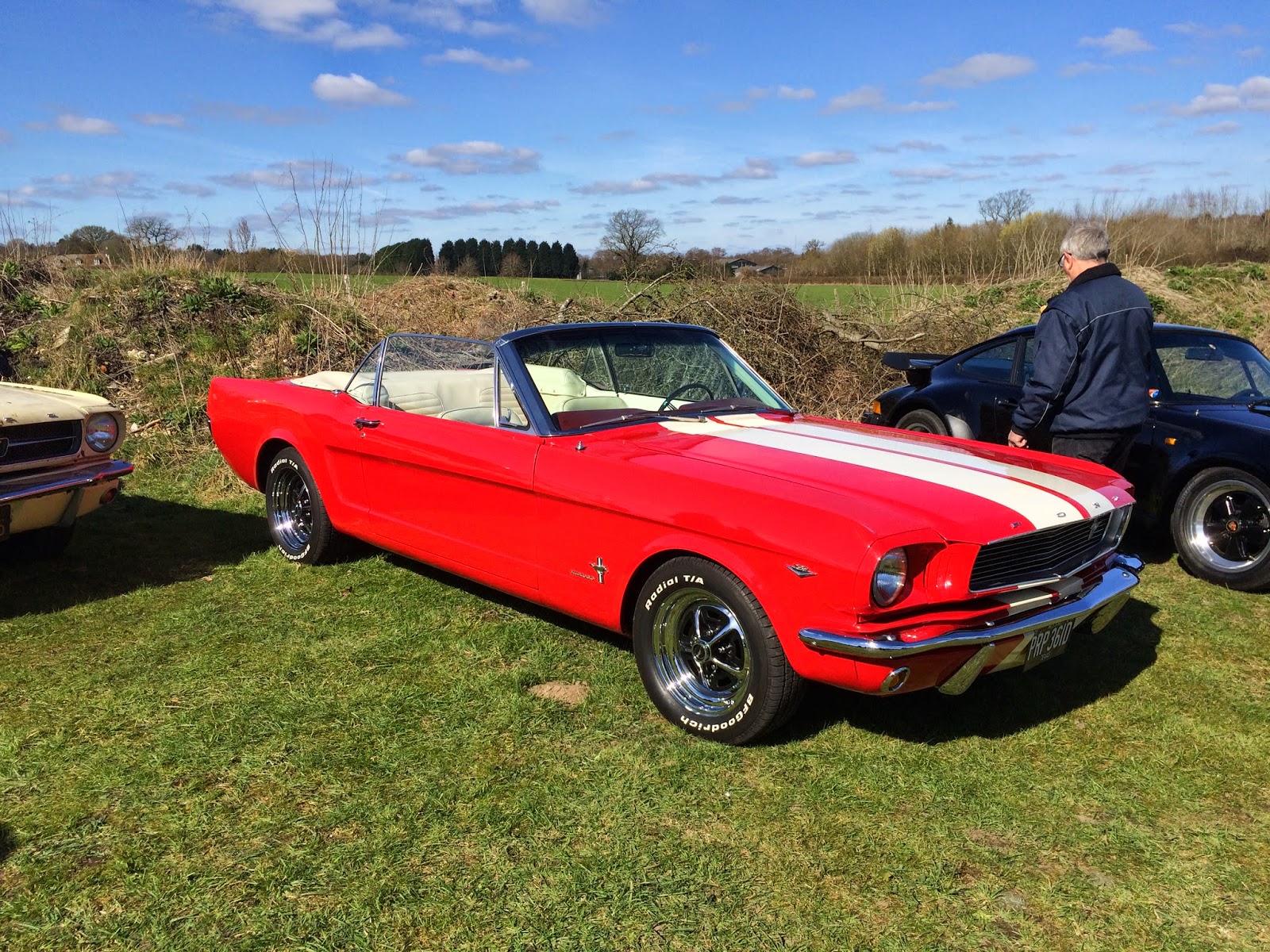