Had a great day out at the Club Triumph National. This year it was only about 25 miles down the road at Holycombe Steam Museum near Liphook. Although it is a local attraction it was somewhere I'd never visited before, but I'm sure it's somewhere I'll be visiting again soon.

I had intended it to be a family day out, however my 9 year old daughter had other ideas, got stroppy and refused to come along so it ended up with just me and my son.

The run down was pretty uneventful apart from the fact that it was the first time I'd used the new Hindhead tunnel on the A3. Good excuse to wind down the windows, drop the GT6 out of overdrive and press the loud pedal to hear the glorious 6 pot exhaust reverberating in the Tunnel!

As is normal for the Club Triumph national it's a pretty low key and informal event but there was a good variety of Triumphs to mooch around before going in to the museum and a few freinds to catch up with for a natter.
﻿﻿﻿ 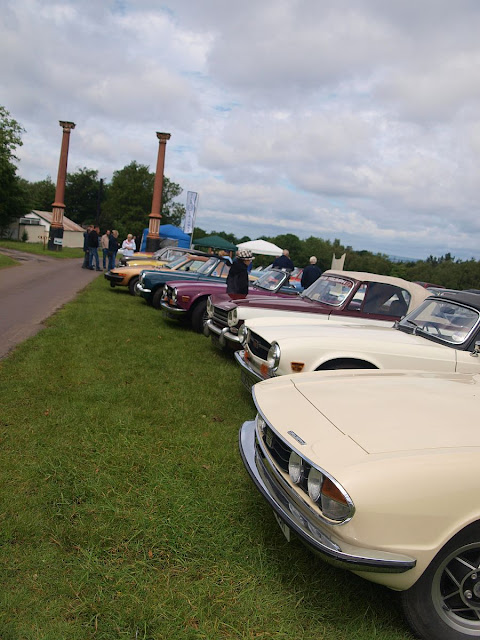 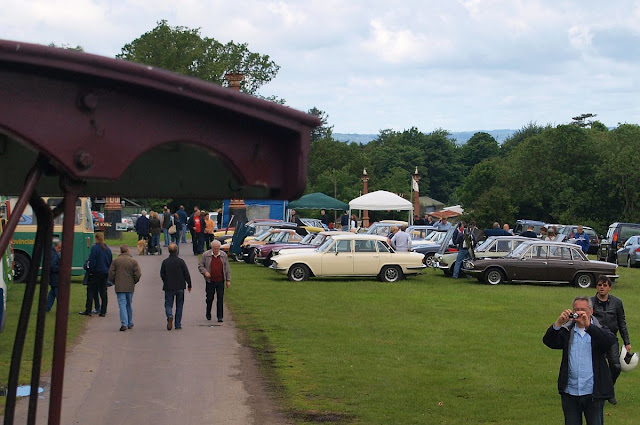 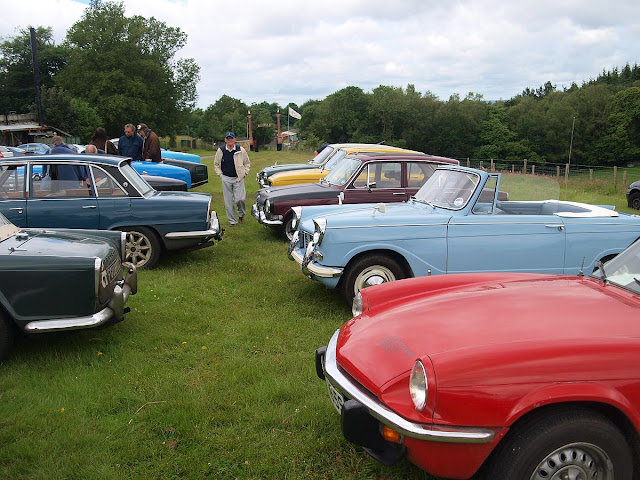 Also to add a bit of interest there was a classic bus rally being held on the same day. In fact one of the Dolomite Club guys, Marty,  who attends our monthly meets also owns a really nice Routemaster Bus and he came down in that rather than a Triumph. 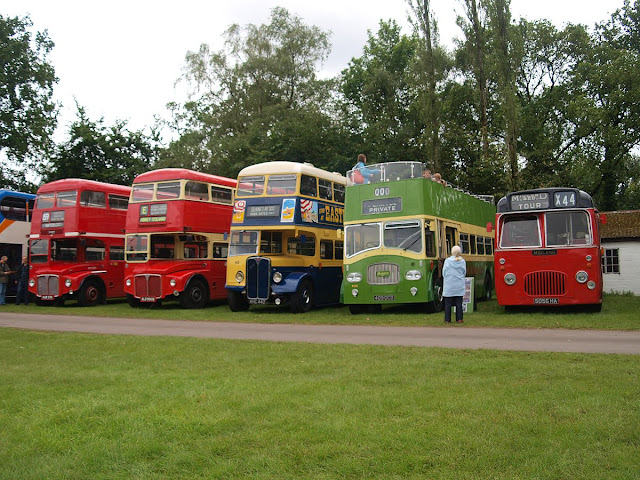 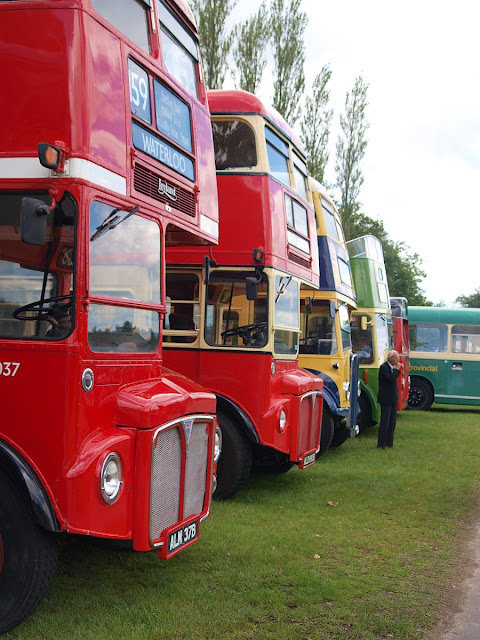 Marty's bus is the one in the foreground.

There was a visit from 4 Bugatti replicas who were invited to park up with the Triumphs which added a bit of interest. 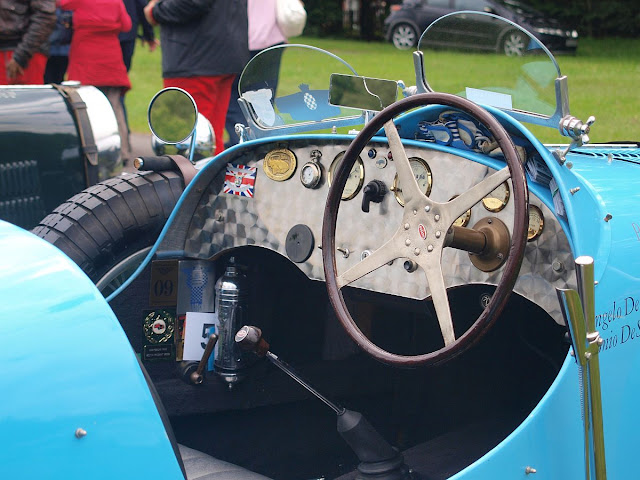 The museum was a bit quiet when we arrived, being a steam museum it takes them a little while to get the boilers stoked up and get things going and the steam powered funfair didn't really get into full swing until about 1 o'clock. However there was lots of things to wander around a look at, there was a traction engine pulled cart that we had a ride on as that was up and running early on. Then there was a nice ride on a Steam Train ride up the hill and through the woods. After lunch me and the boy hit the fun fair, great traditional rides mostly powered by steam, the chairoplane was the neaest to a white knuckle ride that was running, there was a steam boat ride, a merry go round, a ferris wheel that gave a really good view of the museum park and the local countryside. Add traditional stuff like a hall of mirrors, candy floss etc plus a miniture train ride and a great time was had by all. 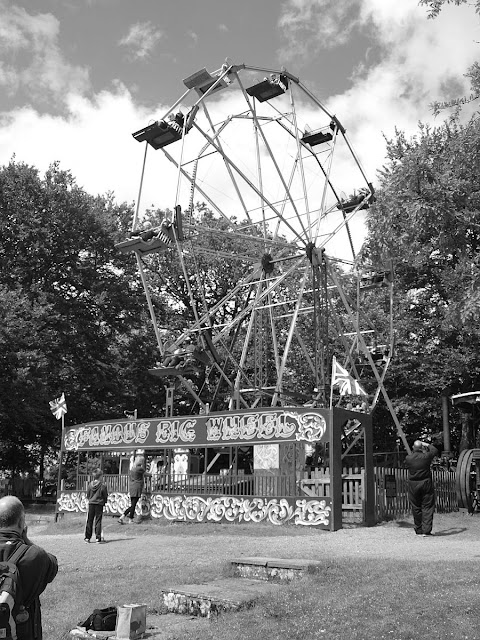 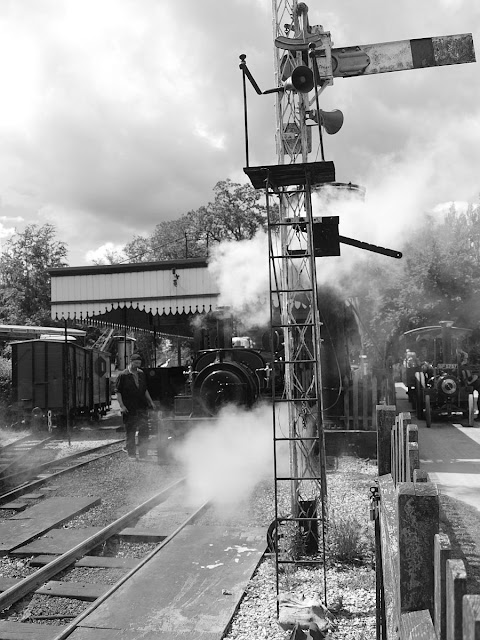 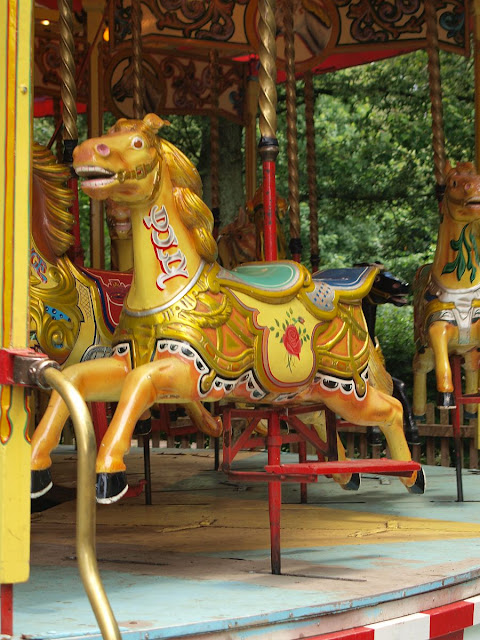 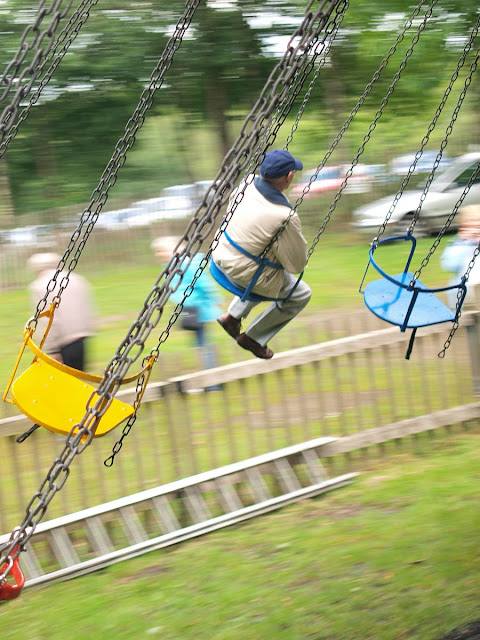 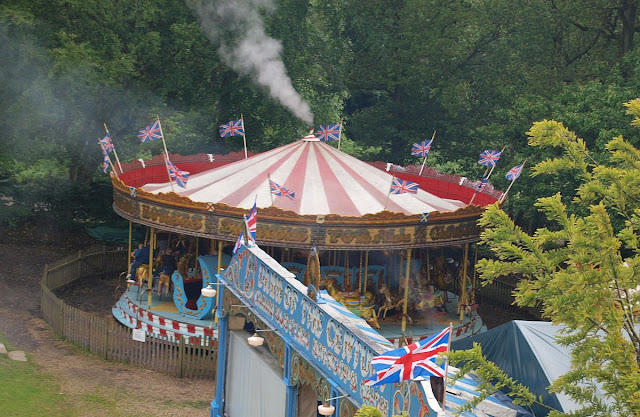 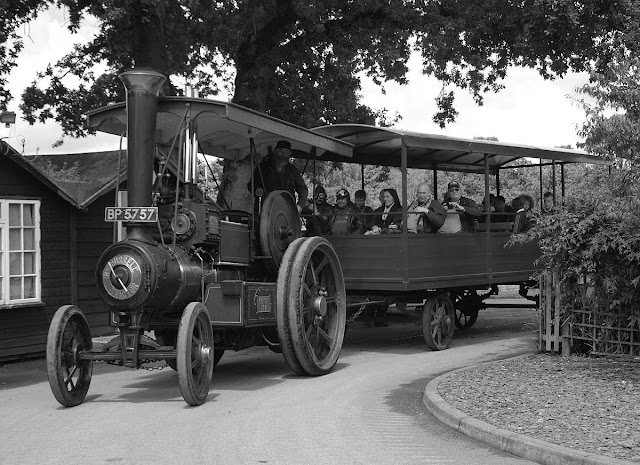