A common issue with Triumph Dolomites is that the Sun can damage the top of the rear seat if the car is regularly parked outside in the summer.

The slopping  rear window focuses the sunlight on the nylon corduroy seat material and basically melts it resulting in damage like below. 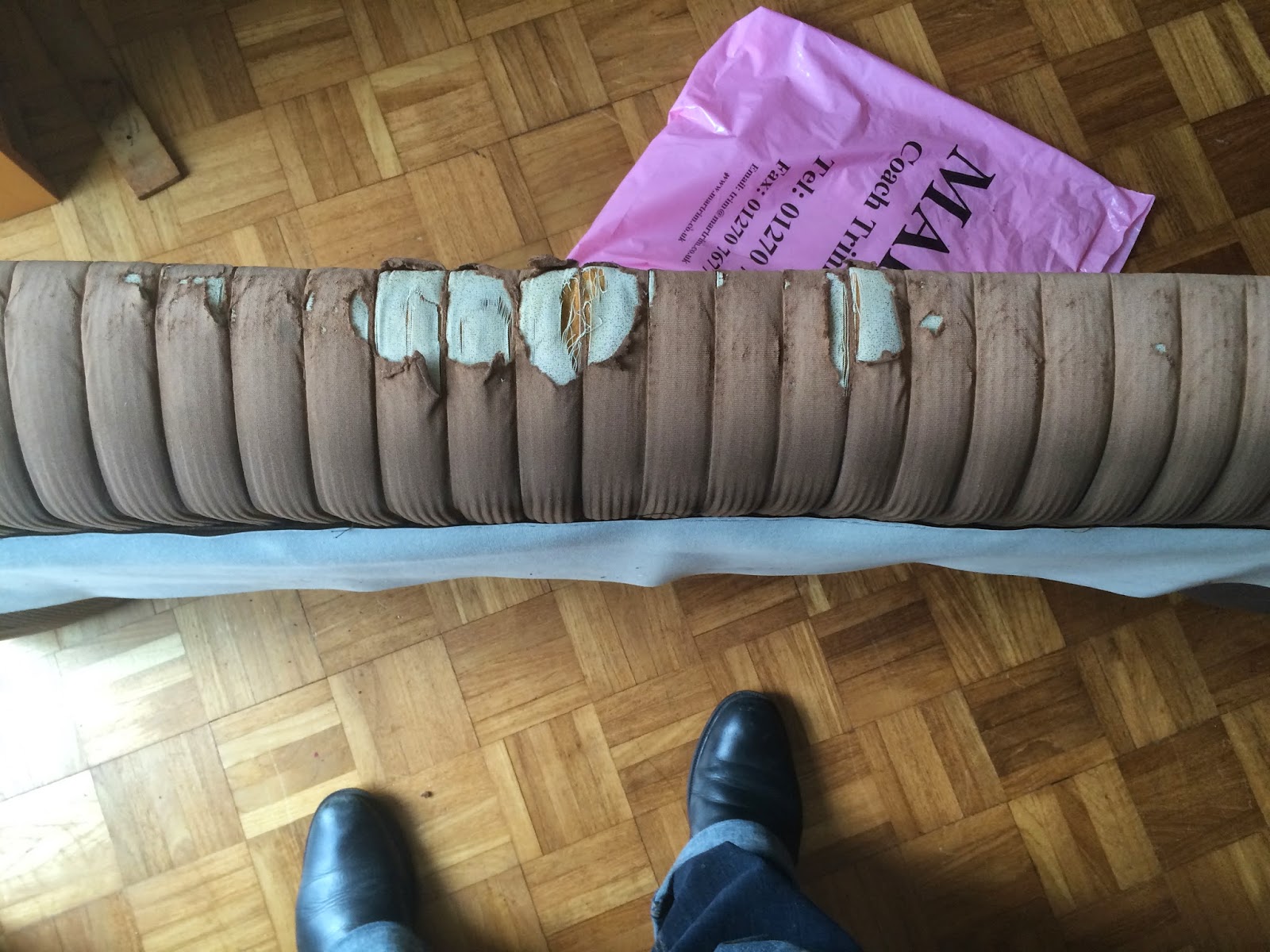 The big issue is that new seat covers are not available, the corduroy pattern material is not available to trimmers (even though Newton Commercial make it and use it in their GT6 seat covers they wont sell the material to anyone!) and decent second hand seat backs are becoming rare.

I therefore decided on a different approach. I purchased some brown vinyl leathercloth at Stoneleigh and some brown piping on ebay. I trimmed the top of the seat back with a strip of leathercloth edged with the piping.

I'm pretty pleased with the result as it looks like it was supposed to be trimmed in that way!