Today (21st April) was Classic Car Drive it day. It all started out with good intentions, James  and I left home mid morning in the GT6 aiming to arrive at the Hritage Motor Museum in Gaydon before lunch for the Triumph Day that had been arranged.

The car didn't feel right from the start as it was a bit down on power, then after about 15 miles it started to run really rough on aceleration but not too bad cruising. Anyway pulled over to investigate and found that the diaphragm in one of the Stromberg carbs had a big rip in it. We were at Theale just outside Reading so I gave Jason Chinn a call as I knew he lived fairly close on the off chance that he may have a spare diaphragm in his stash of Triumph bits. No luck but I limped the car round to Jason's house to try and bodge a reapir. After stripping down the top of the carb I found that the rip had become much worse, in fact the whole of the outside of the diaphragm had become detached. No trouble though as Jason set to work with electrical tape and a scapel to make a really "professional" bodged repair. The intention was to go back home but the car was running so well that I risked continuing on to Gaydon and it didn't miss a beat on the way there or back so cheers for an excellent bodge Jason!. As James remarked, "Drive it Day" is now "Bodge it Day"!

We got to Gaydon eventually at well gone 2pm, although some of the Triumphs had already left we still got a chnace to have a good look around the museum which was well enjoyable.

When repairing the carb I also noticed a slight drip coming from the water pump. I've now therefore got a couple of jobs to do so I've ordered a pair of Diaphragms (one as a spare) and a water pump on line this evening. 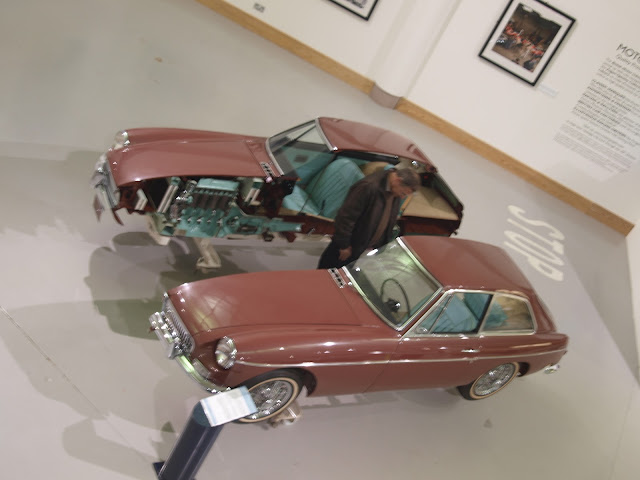 Best thing to do with an MG, saw it in half! 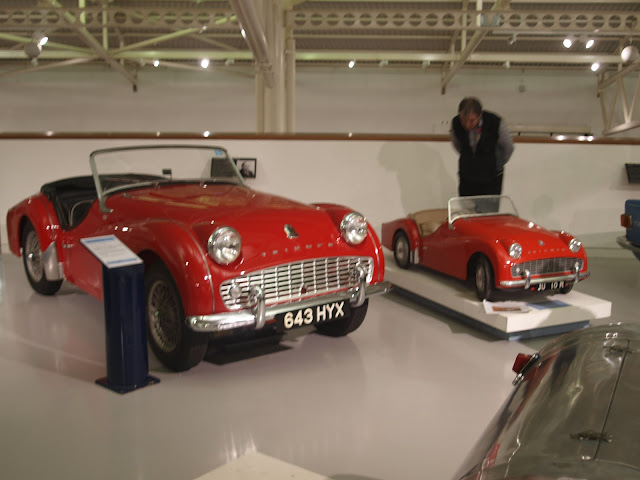 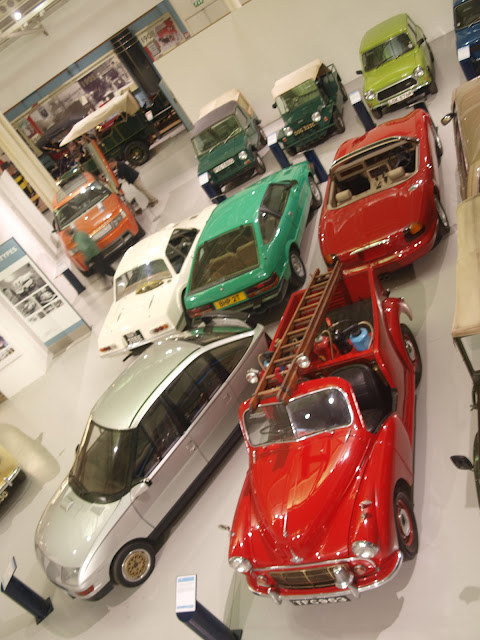 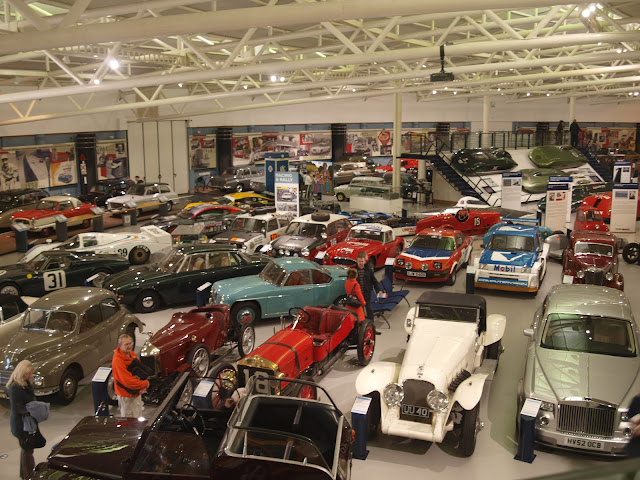 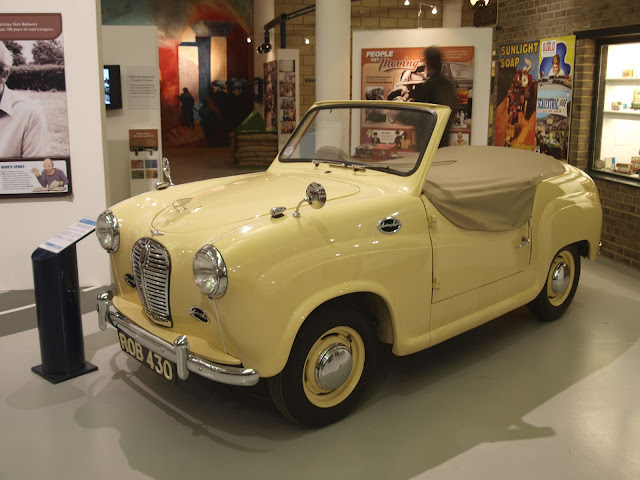 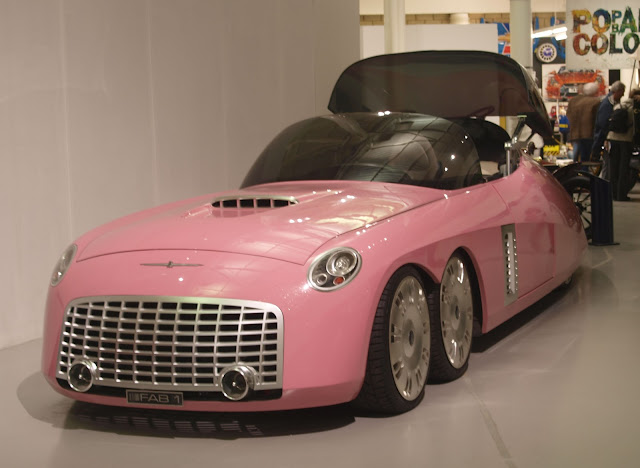 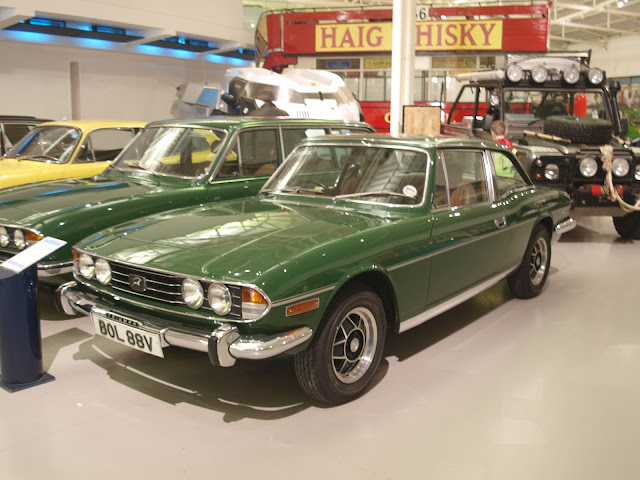 Last Stag off the line 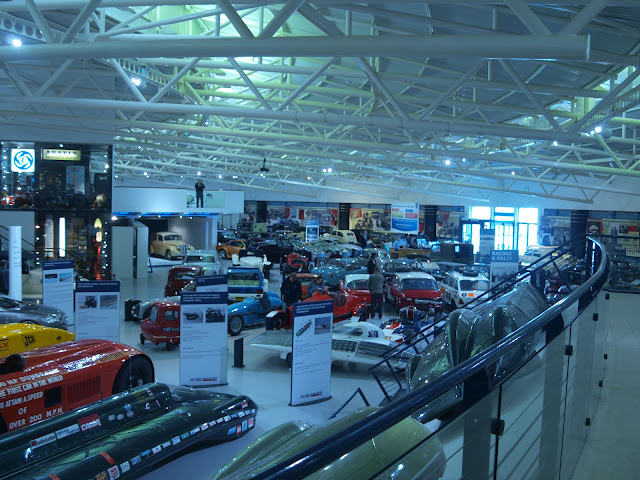 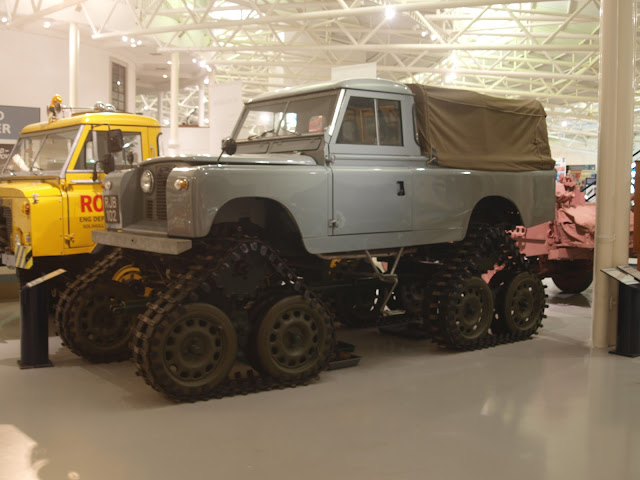 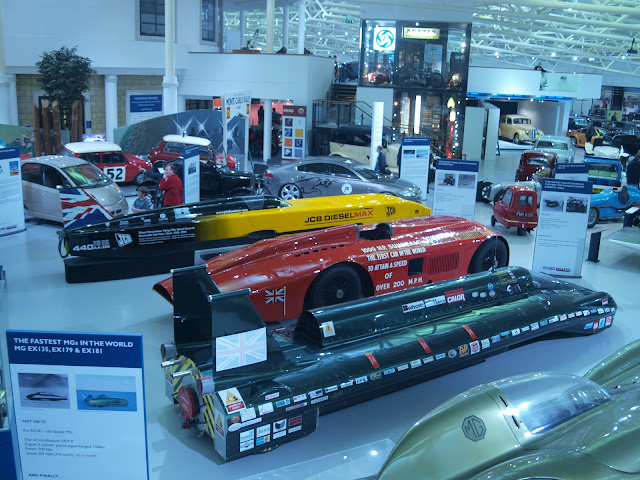 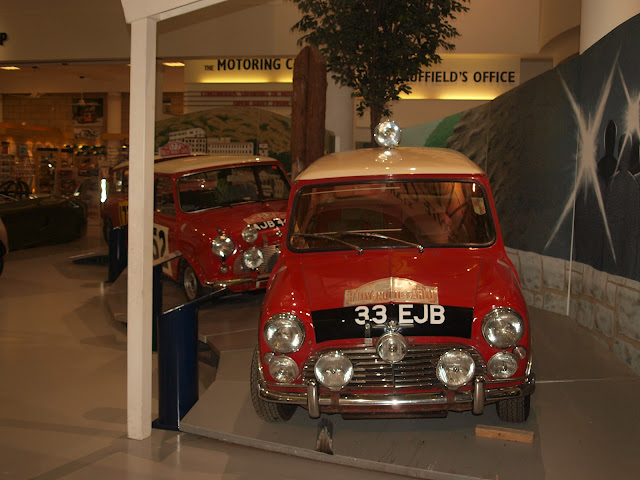 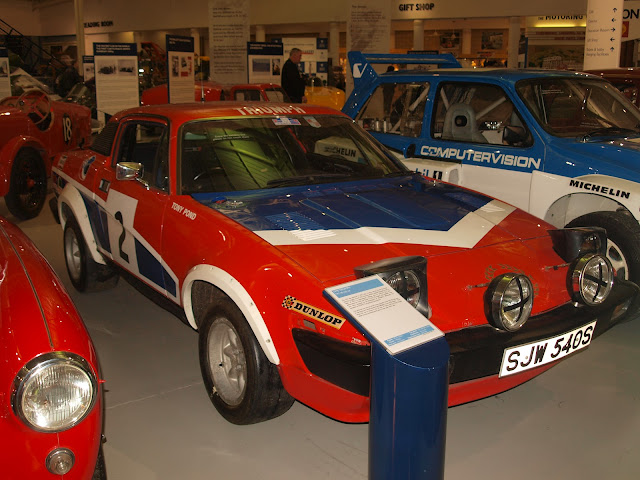 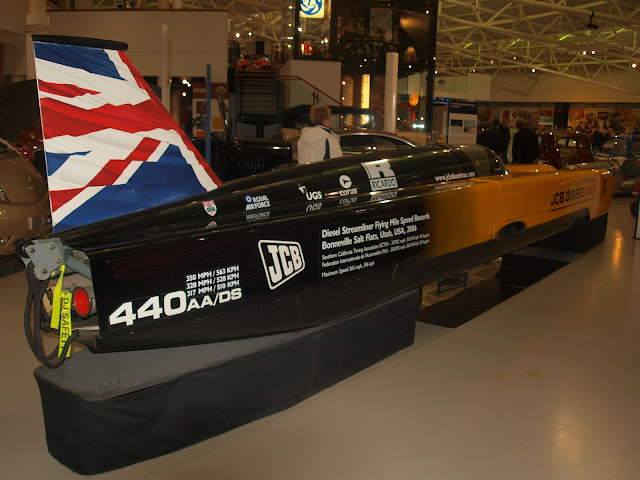 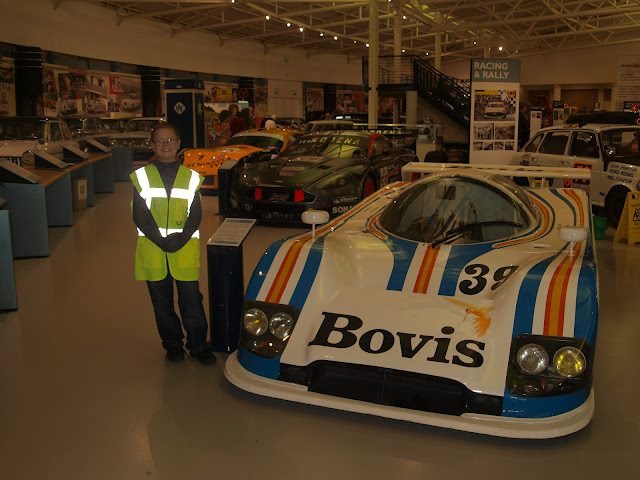 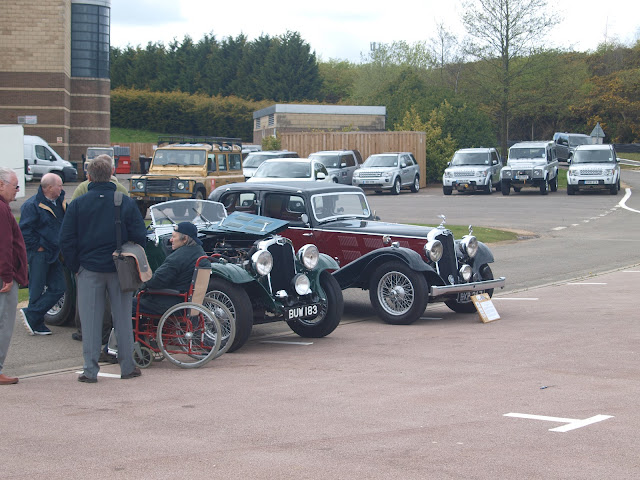 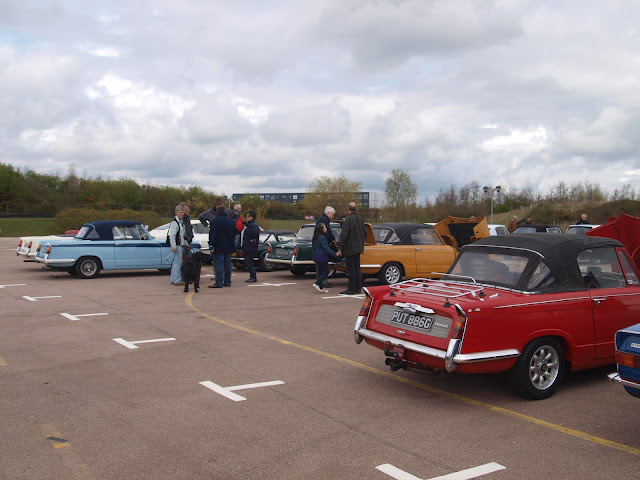 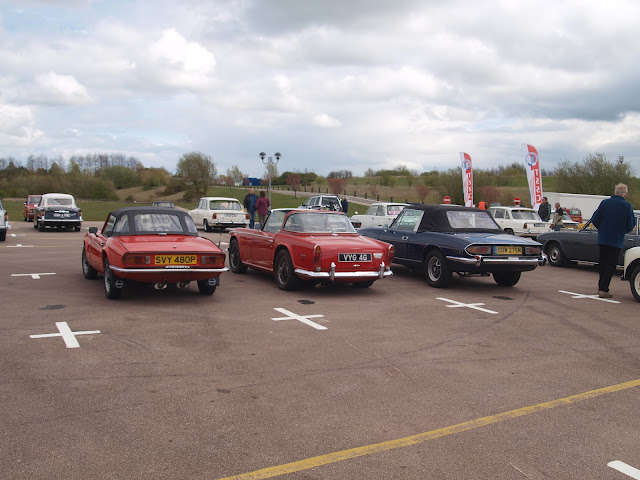 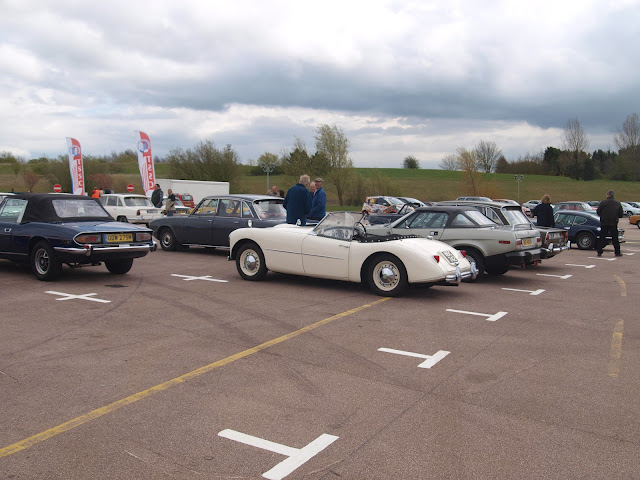 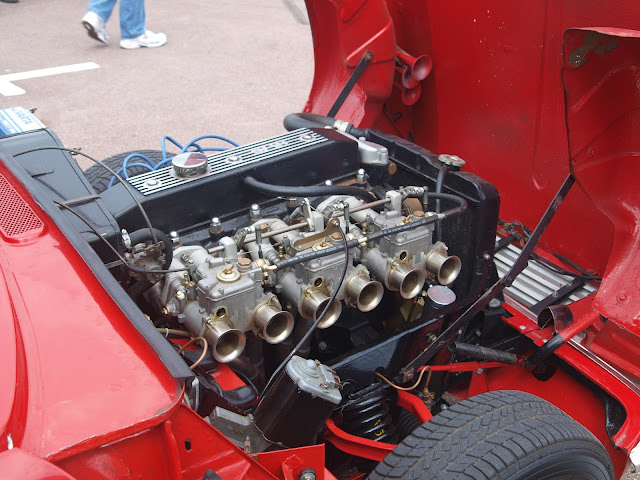