My GT6 has hasn't had a radiator scoop fitted for many of the years I've owned it. The original is made of fibreboard and had long since rotted away when I got the car, as had the fibreboard side covers for the engine bay.

To be honest the engine bay side covers are a bit of a pain, however back in the early 90s a friends Dad who was a fitter at a coach builders made me up a set in aluminum  together with a radiator scoop which I used for a while. However when I fitted an oil cooler  which I mounted at the side of the radiator they all got in the way so were dispensed with. For many years this wasn't a problem, however in recent years the car has been running a bit hot, mainly due to the crap quality fuel we get nowadays com[pared to good old leaded petrol without ethanol that we got back in the 90s and earlier.

Anyway a few GT6 officiados have said to me that the car will run a lot cooler with a radiator cowl and quite a few suppliers do them in powder coated aluminium. One issue though is that the top mountings are designed to bolt together with the side panels and I definitely didn't want those so I set about making up some support brackets in 15 x 2mm steel strip.

Also I've been told that the sharper edge of aluminium scoops tend to damage the wiring harness for the lights at the front of the bonnet so I put some rubber edging strip along the front to avoid this.

Here is an example of the aluminium scoop, I got mine from James Paddock but most of the suppliers do them. 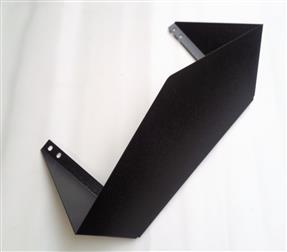 And here is an example of the support brackets I made up for each side. 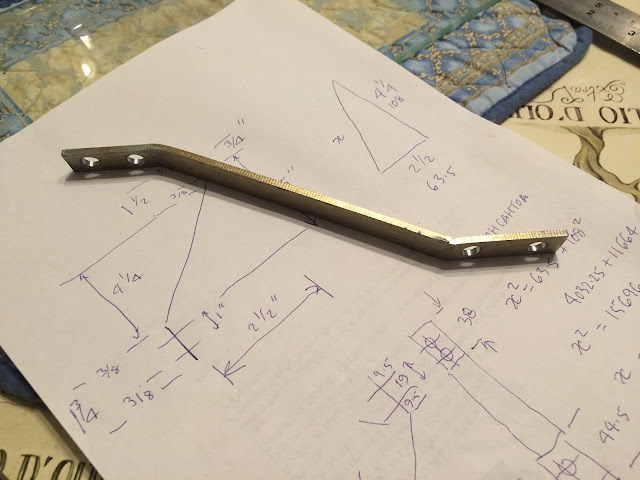 Here are the dimensions in case anyone want's to copy these. 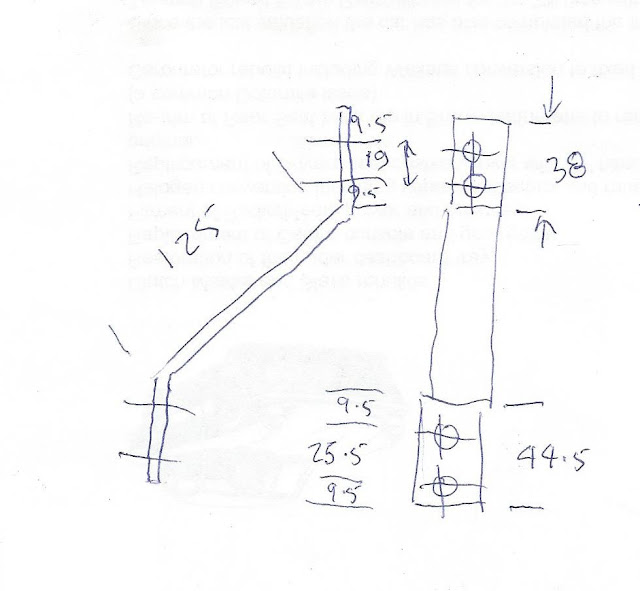 Here's a view of the scoop and support bracket fitted to the offside of the car. Just about fits with my air horns... 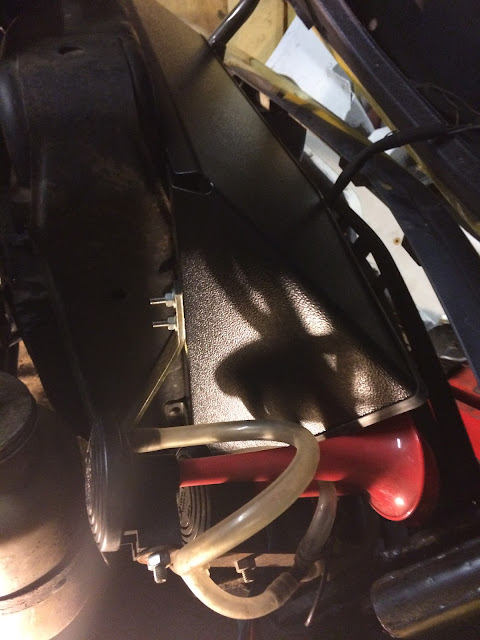 So the big question is does it make a difference to the running temperature. Well certainly for cruising along it's dropped the temperature from over 3/4 hot on the gauge to just over half.

However after a run I came back and let the car tickover in the garage to simulate a traffic jam and the temperature went right up into the red! I then realize my electric fan hadn't cut in. After investigation I found that both the thermostatic switch and the relay have packed up, strange how they packed up at the same time and coincidence it happened when I'm trying to improve the cooling!

Anyway new switch and relay ordered this evening ready to change out later in the week.
Posted by Andy Cook at 23:16