Another packed morning at the Classic Car breakfast meet this week, I didn't get around to taking as many pictures as usual as I spent lots of time chatting.

Mark was there with has young 1 year old  Charlie who enjoyed sitting in the GT6 and playing with the steering wheel. Reminded me of when my own son James  was about he same age.

Also good to catch up with my cousin Sammy, hubby John and their boys, Jon with his recently acquired Beetle, Glenn with his Spitfire who wanted some advice on choke set up and timing and Dave who had come along in s Mini pick up with a portable car lift trailer. 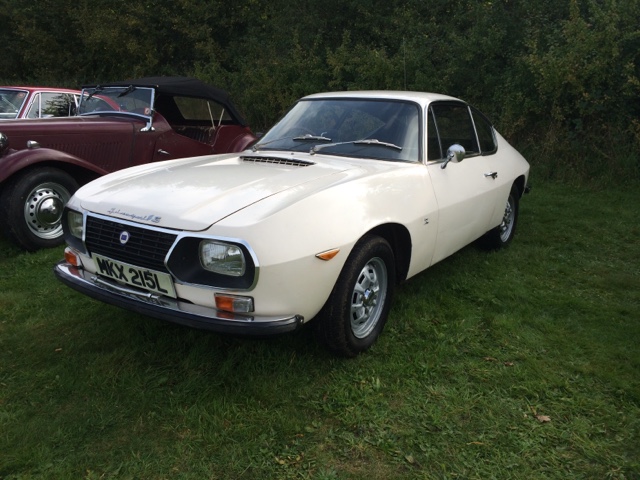 Now some news on next years Round Britain Run. The entry opens next month so I've been lining up a crew for Team Flying Log to ride again. Glynn is up for it again but Bodders has other commitments that weekend with his daughters 16th birthday. The good news is Mark Smith is joining to replace Paul. Mark did do an RBRR many years ago so none of us are RBRR virgins. Last year we took one of Carol Boylands Teddy Bears in the run in the Flying Log in memory of Carol and Carol Bear will be back again next year plus I'll be in the look out for a suitable "Bill" bear to take along in the run next year in memory of Bill Goodwin....