Spent the morning fixing door locks on the GT6, the door lock mechanisms are so fiddly it's a real PITA especially if you've got short stubby fat fingers and poor eyesight like me!

Any way, replaced the door latch assembly on the drivers side so I can now actually lock and unlock the door from outside the car. Big thanks to James Cooper who had a spare door latch assembly which fitted the bill, a new one is stupid money and even 2nd hand ones now seem to be getting rarer unless you want to pay Rimmers prices....


Then I fixed the passenger door which wasn't locking from inside. I've fixed this about 3 times this year and the rod that runs from the inner handle to the door latch pivot keeps popping out of the plastic block at the door handle end. |This time I decided to hold it in pace with some electrical tape, to me this is a sensible improvement not a bodge but others may beg to differ!

Anyway all sorted now, except I've now found the Drivers door check strap has some bits missing so I have a new kit on order from ebay, that's a job for another day. 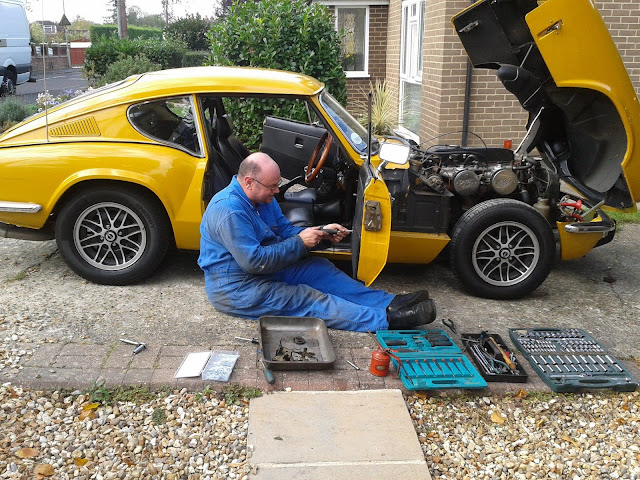