The Flying Log featuring in the Dolomites band promo pictures

A few years ago I was at a local car show and there was a live band playing called the Toledos, a four piece band with 4 guys playing good old traditional rock n roll and 60s classics. A good little band who I saw a few times but although they were called the Toledos and seemed to play quite a few cars shows I thought the name was just a coincidence rather than a connection with the Triumph Toledo. 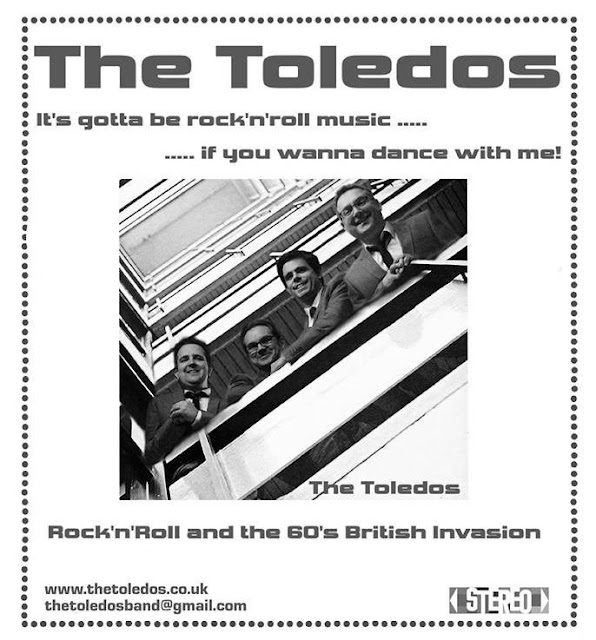 Fast forward to a year ago and I noticed they had added a girl lead singer and changed their name to the Dolomites. So next time I saw them playing in a local pub I asked if there was a Triumph connection. Sure enough the guy who was the lead singer when they were the Toledos and runs the band (Sid who calls himself Danny when performing with the band) told me yes! When they were thinking of band names he chose the Toledos as his dad had a Triumph Toledo when he was a kid, then when they were looking for a new name he remembered his Uncle had a Dolomite so they continued the theme. I was wearing a Dolomite T shirt at the time and he thought it was cool that I actually owned one!
Recently the band changed their posters to feature a Dolomite on them which is pretty cool J 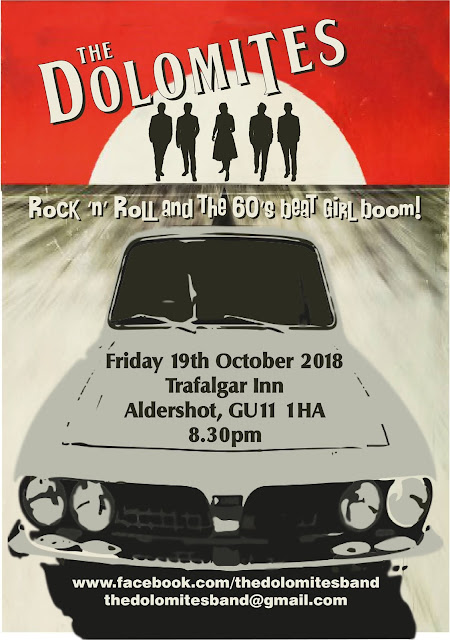 
Sid recently contacted me to ask if I would be prepared to let them use my Dolly (the infamous “Flying Log”) for a band promo photoshoot. I did tell him that the car is not a show car by any means and the bodywork is a bit untidy in places, however he said that wouldn’t be a problem as they would film in black and white and from it’s good side! So the week after the RBRR I had to remove the stickers and give the “Flying Log” a damn good clean up ready for the Photo Shoot.

Here are the results, a nice set of pictures of the band with my car that they will be using as promo photos. 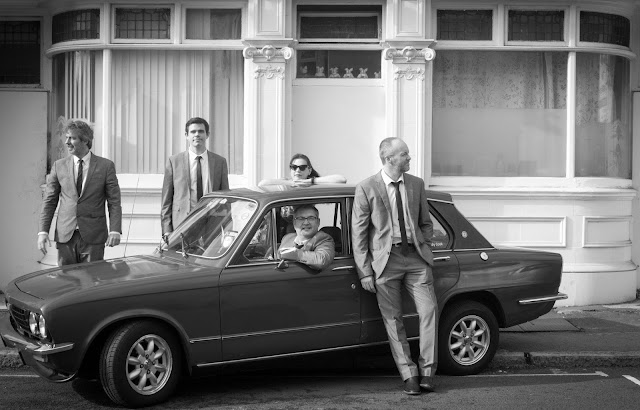 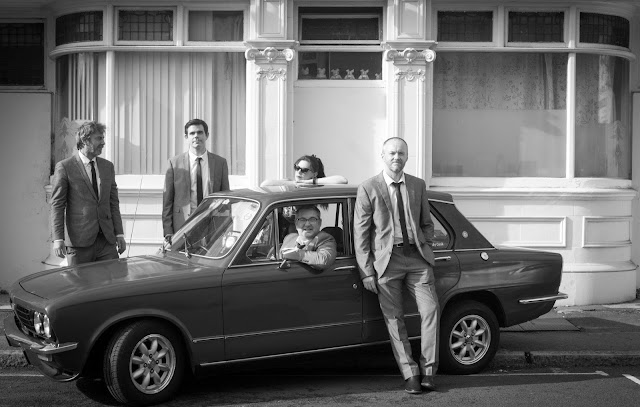 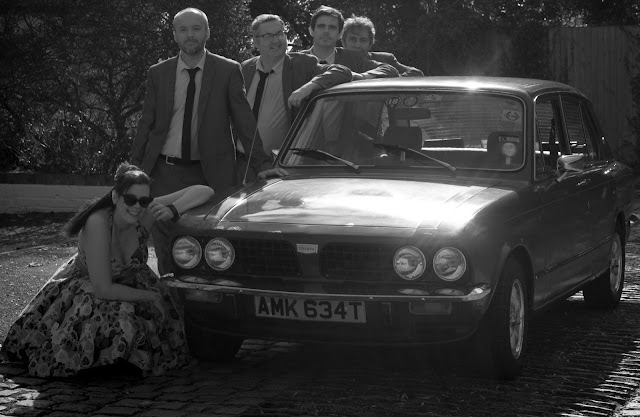 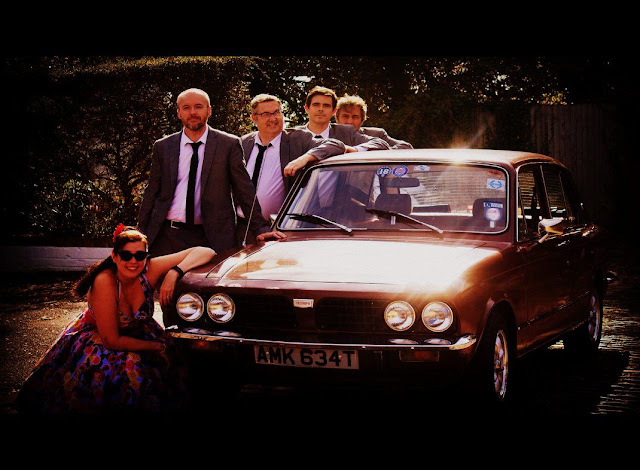 If you live in the Hampshire/Surrey area, look out for the Dolmites playing a gig near you, they are really worth seeing! Check out their facebook and lemonrock pages

https://my.lemonrock.com/thedolomites
Posted by Andy Cook at 18:38